The benefits of migration, highlighted in Huntington's disease 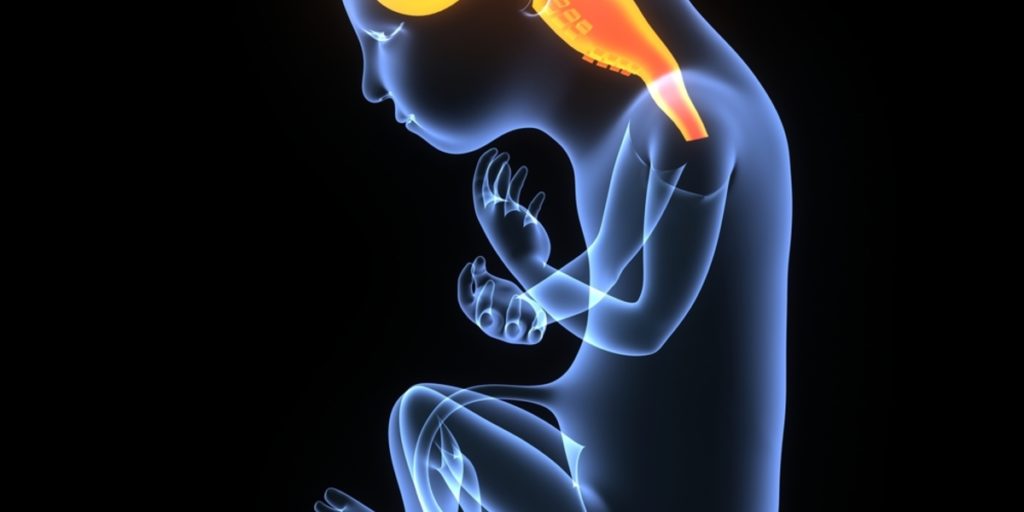 Huntingtin, the protein responsible for Huntington’s disease, is fundamentally important for fetuses to develop in the womb, but we don’t know yet exactly what part it plays in this intricate process. Normally, neurons start life deep within the developing brain, migrate out to the surface and then make a network of connections with others, but Sandrine Humbert’s group showed that those without huntingtin get stuck, never making it to where they need to go. Neurons with mutated huntingtin are no better than those that lack it completely. However, reintroducing normal huntingtin, or the proteins through which it acts, allows neurons to migrate normally again, offering tantalising new ways to treat Huntington’s disease.

How do you make a brain?

We all start life as a single cell when our mother’s egg is fertilised by our father’s sperm. That cell divides over and over, first becoming a round blob of cells, then growing into a wormlike structure called an embryo. Along the embryo’s back, a narrow strip folds inwards, forming a tube running from top to bottom. It’s this ‘neural tube’ that forms our nervous system – our brain, spinal cord and all our nerves. The tube’s wall has several layers. It’s the innermost one, near to the fluid-filled centre, where nerve cells called neurons are created.

Each neuron sticks out two finger-like tendrils, one towards the outer surface of the developing brain and one that points to the centre of the tube. Triggered by this change, neurons move towards the outer surface, maturing as they go. We call this migration. Eventually, the outer layer of the brain becomes packed with neurons. That layer is called the cortex. Once neurons reach the brain’s surface, they sprout more little fingers that make contact with other neurons to communicate signals.

The cortex is key to all our thought processes, with different parts looking after different jobs like sensation, movement and personality. Diseases that disrupt brain development are known as neurodevelopmental disorders, and they can result in changes in the brain structure that harm thought processes or cause seizures.

We already know that the huntingtin protein is important for making an embryo, because mouse embryos with low huntingtin levels have defects in their nervous systems, and those that lack it entirely don’t even survive to birth. However, we don’t know what huntingtin actually does in the developing embryo that’s so important! Sandrine Humbert’s group in France have been looking into just that.

In mouse embryos very early in development, her group switched off the huntingtin gene in neurons. Though the neurons matured OK, they didn’t develop those two fingers, and didn’t migrate towards the brain’s surface, so the cortex ended up thinner. Many neurons got stuck in the deeper layers of the brain, never making it to the cortex. Even those that did make it to the cortex didn’t look normal, spreading out fewer connections to other neurons. These defects didn’t get better with time and were still present when the mice grew up.

Inactivating huntingtin at a later stage, after neurons had migrated, didn’t affect the thickness of the cortex, but still limited the connections the neurons made.

The group then inserted the normal gene back into these neurons and showed they could then migrate normally again.

So now we’ve seen even more evidence of how important huntingtin is for brain development, but we still don’t know exactly how it does it.

Huntingtin is known to hang our with another protein called RAB11, which controls how substances move around the neuron. One such molecule that is transported to the growing arms of migrating neurons is N-cadherin, which is known to be important in the development of the nervous system.

When Humbert’s group inactivated huntingtin, N-cadherin got stuck in the centre of developing neurons, and wasn’t transported to its normal location at the leading edge of the migrating cell. However, when the neurons were told to produce RAB11, N-cadherin made it to the leading edge. This means that we’ve identified some of the molecular minions huntingtin uses, and by replacing those we can restore normal brain development.

So, Humbert’s group have started to unpick the normal function of huntingtin in the developing brain. However, people with Huntington’s disease don’t lack huntingtin. They still make the protein, but it’s a version that harms neurons. So how is this relevant for HD?

What about mutant huntingtin?

As we heard earlier, switching off huntingtin in mouse embryos stops neurons from migrating to the brain’s surface. As expected, reintroducing normal huntingtin allows neurons to make it to their destination. However, when they introduced mutant huntingtin instead, neurons remained stuck in the deep layers. That suggests that the mutated HTT protein has lost some of its normal function in brain development.

So does abnormal brain development cause Huntington’s disease symptoms?

Humbert’s group found that inactivating huntingtin in developing neurons prevents them from forming the right shape, reaching the correct location in the brain and forming connections with other neurons. Mutant huntingtin had a similar effect. This show that huntingtin has a key role in brain development, but it doesn’t do it alone … it works by controlling the transport of important proteins to the leading edge of migrating neurons. Importantly, if you can replace these proteins, you can re-establish normal neuronal development.

We’ve traditionally thought of Huntington’s disease as an adult-onset condition, because that’s when the symptoms usually start. However, in light of this new evidence, should we consider it a neurodevelopmental disease instead? We certainly know that scans can pick up subtle changes in the brains of mutation carriers a decade or more before symptoms start. On the other hand, there isn’t much evidence that human brains before HD onset show the kind of neuron migration problems described here. To get answers fast, mouse models tend to be given extreme changes that are never seen in people – total protein deletions, or huge HD mutations. If something similar is going on in the developing brains of humans with an HD mutation, it’s likely much more subtle – but this work can help us find and study it, and maybe harness it to develop new drugs to protect against mutant huntingtin.

So, we now have a better idea of why huntingtin is so important in the developing embryo, and this knowledge could point us towards new treatments for Huntington’s disease in the future. It also gives us important information that will help us decide how and when to consider giving ‘gene silencing’ drugs, to ensure that the benefit of switching off mutant huntingtin outweighs any risk from lowering the ‘normal’ protein.