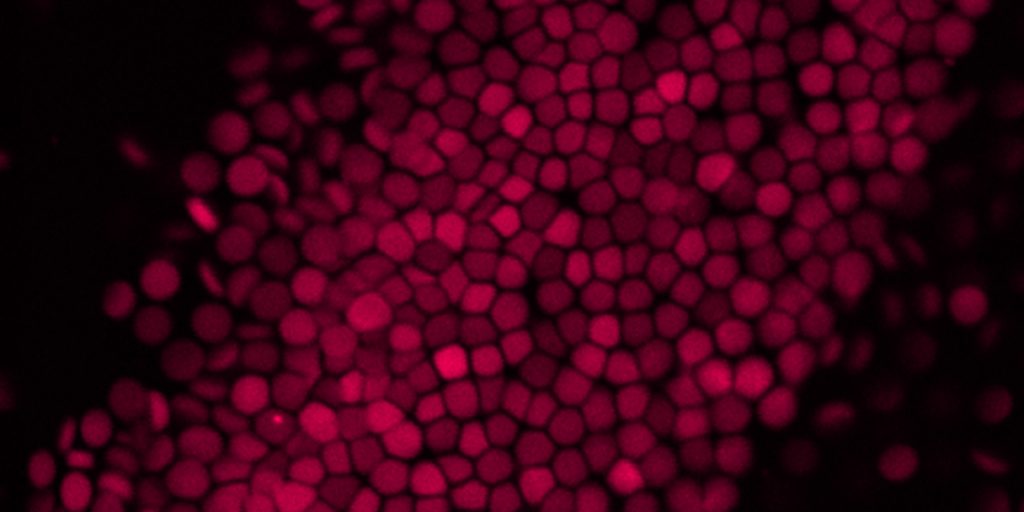 Researchers at Johns Hopkins led by Wenzhen Duan have developed a non-invasive way to track progression of Huntington’s disease (HD) which could be used before patients even start showing symptoms. Using a type of brain scan called an MRI, the researchers have shown that in mouse models of HD they can accurately measure the amount of blood in the brain. It is proposed that this could be used as a biomarker of HD advancement which could be used even before traditionally measured symptoms develop. Biomarkers are lab tests that we can do to predict the course of disease in a living patient, and they may be the key to identifying effective HD drugs.

Why do we need different biomarkers for HD?

Despite recent disappointments in ASO clinical trial outcomes, the HD research community has by no means given up hope for developing a drug which would switch off the mutated Huntington’s disease gene or slow the disease by another means. In many cases, clinical trials run to date test drugs in “manifest” patients who have clear symptoms of HD which can be monitored throughout the trial to determine if the drug under investigation is working or not.

But perhaps we need to be testing these drugs at an earlier stage of disease to stop HD in its tracks? The problem with opting to test a new drug early before patients have symptoms is working out what we could measure to see if the drug is working. This is where biomarkers come in. If we could find a biomarker which could be measured in patients without obvious symptoms, this could be very helpful for doctors to track and monitor patients and hopefully, in the future, see if medicines are helping slow down their disease progression even at very early stages.

Is blood volume a good biomarker?

Good blood flow is very important for healthy brains as it delivers oxygen and other nutrients to brain cells to keep them well-nourished and working properly. Without good blood flow or a good supply of oxygen and nutrients, brain cells can get sick and die. Surprisingly, in people with HD, the volume of blood in the brain is significantly lower compared to people with healthy brains.

In this study, Duan’s team used a type of MRI brain scan which allows them to calculate the precise volume of blood in the brains of HD mice which are engineered to have a similar mutation to people with HD. The volume of blood measured in this scan is altered over the lifetime of the HD mouse. Even when the mice were very young and had yet to show signs of HD symptoms, the blood volumes were already lower than normal. The researchers suggest that careful tracking of blood brain volumes could be useful as an early biomarker of the progression of HD.

Can blood volume measurements indicate if HD drugs are working?

The group of researchers also investigated if using CRISPR to edit the HD mutation improved signs of HD in the mouse model. CRISPR is a gene-editing technology which allows scientists to precisely alter a region of DNA sequence. In this case, CRISPR was used to silence both copies of the Huntingtin gene – both normal and disease-forms – to switch off the expression of both. This is a similar approach to huntingtin-lowering therapies currently in clinical trials being led by Novartis, uniQure and others.

Using the MRI scanning technique and other brain function tests, the researchers compared regular HD mice with those which had been treated with the CRISPR therapy. As they had expected the CRISPR therapy delayed onset of symptoms in HD mice.

Importantly however, CRISPR treated mice had their altered brain blood volumes restored even when the mice were at an age when symptoms could not yet be measured. This shows that, with this treatment, using blood brain volume as a biomarker of disease can show if early treatments are working or not.

This looks good for mice but what about in people with HD?

Whilst the alteration to blood brain volume in HD mice mimics what we know happens in the brains of people with HD, it is important to remember all of these experiments were completed in mice, not people which obviously have different brain structures. There is still a way to go yet before we can be sure that this same measure of brain blood volume will be a good biomarker in people with HD. To do this we need to validate these findings in clinical trials with people. A benefit of this new blood volume approach is that the MRI is a non-invasive procedure, so looking at this measurement would hopefully be less taxing for patients compared to spinal tap or other invasive measures currently in use.

However, this is a hopeful step forward in HD drug discovery. Scientists now have a new measure they can use in the lab to study changes in HD models before they show symptoms and to test different drugs in these models. The hope is that early intervention with good drugs in people with an HD diagnosis might delay or even stop the progression of Huntington’s disease altogether. We look forward to reading more about this work!