Bill and Erica are travelling to Broome: Bill will be cycling and Erica be driving as his support person. They are leaving very shortly and are aiming to make it to Broome, over 4000km away, by June. Whilst on this journey they are raising much needed funds and awareness for Huntington’s NSW ACT.

Q. Why is Bill doing this cycle ride?
Bill’s reason for the trip is to celebrate his 70th, and finish a circumnavigation cycle trip he started 20years ago!

In 2000, when living in the Blue Mountains, Bill cycled down south to Ballarat staying with friends, across to Adelaide to visit more friends, and then over to Western Australia, catching up in Perth with me when I flew over for my annual holidays. From Perth we cycled together up to Kalbari and then I had to return to work. Bill ventured on as far as Broome, but being from Scotland, the heat got to him and the fun of the Olympics called, so he headed home to join all the festivity in Sydney.

Q. Where else has cycling taken you?
This is not the first time Bill and I have been on grand cycling adventures. We have completed three 1500km trips in Europe, cycling from Munich to Berlin, another down to Budapest and up through Poland and a third trip to Berlin, one of the best places in the world to cycle.

I have also completed two international fundraising rides for Community Aid Abroad: one in Vietnam and Cambodia, and another in Sri Lanka.

In addition, along with our friends in Wollongong we have completed multiple, self supported, two week cycling trips around country areas in NSW, Victoria and Tasmania.

Q. Why have you chosen Huntington’s as your charity?
I became aware of Huntington’s NSW ACT when my dear friend of almost 60years, Lynne, was diagnosed with Huntington’s disease. Over the last 10 years, I have seen how the disease has impacted on Lynne’s life. Lynne is a very private and independent person, and the slow loss of her independence, such as giving up her car, hit hard. Lynne is well aware of the road ahead. She completed her nursing training at Royal Prince Alfred Hospital in 1971, and interestingly most of her work was in Neurosurgery and Neurology, so Lynne has a good understanding of what was ahead. Importantly, Huntington’s NSW ACT has been a great support to Lynne. 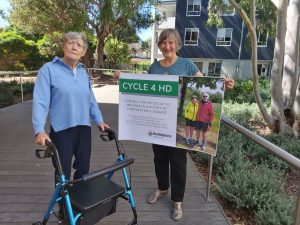 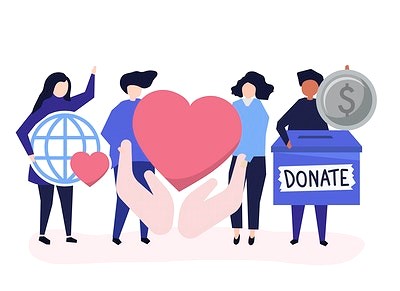 We are recruiting – Support Services Administrator

We have created a new position for an enthusiastic and committed person wanting to be part of an inclusive and supportive team in a growing NDIS specialist business and specialised programs, supporting people living with Huntington’s disease (HD) and their families. In this part-time role you will be responsible for providing administration support to a ... Read more
READ MORE >

Following the recent announcement about State Association memberships agreeing to proceed with a national merger, Huntington’s Australia (HA) has appointed a new CEO to lead the new association. Lenni Duffield, from Huntington’s WA, has been unanimously endorsed by the HA Board as the inaugural CEO of Huntington’s Australia. Lenni has held senior roles and provided ... Read more
READ MORE >

Members have agreed to merge into a new, single entity, Huntington’s Australia

We’ve got some great news to share! Members of five State and Territory organisations (Queensland, NSW ACT, Tasmania, SA&NT and WA) have agreed to merge into a new, single entity, Huntington’s Australia (HA). We are all very excited about the opportunities this will provide to the Huntington’s community. The merger will bring together five associations ... Read more
READ MORE > Download your copy of HD News Spring edition by clicking on the link. Some of the highlights in this edition are: Information on the proposed merger Growth of our NDIS team Walk 4 Hope wrap up Youth Connection program update and some exciting news We hope that you enjoy this edition of HD News. If you ... Read more
READ MORE > Awarded for the Association Turnaround of the Year

The Association Awardsᵀᴹ recognise excellence and accomplishment by associations and outstanding individuals. In addition to recognition, the process of nominating for an Award will be a worthwhile experience as it will encourage associations to consider the factors that make a successful association, turnaround or campaign.
READ MORE >

Huntington's NSW ACT is a member of The Accessible Product Design Alliance (APDA), which is a group of not-for-profit consumer health organisations working together to represent people with chronic conditions who are significantly impacted by inaccessible products and packaging. This campaign aims for those living with a disability to share their experience of different products to raise awareness of accessible and inaccessible experiences, support others to make their lives easier and help us educate product and packaging manufactures about what they need to improve.
READ MORE >