What do sheep brains have to do with HD? 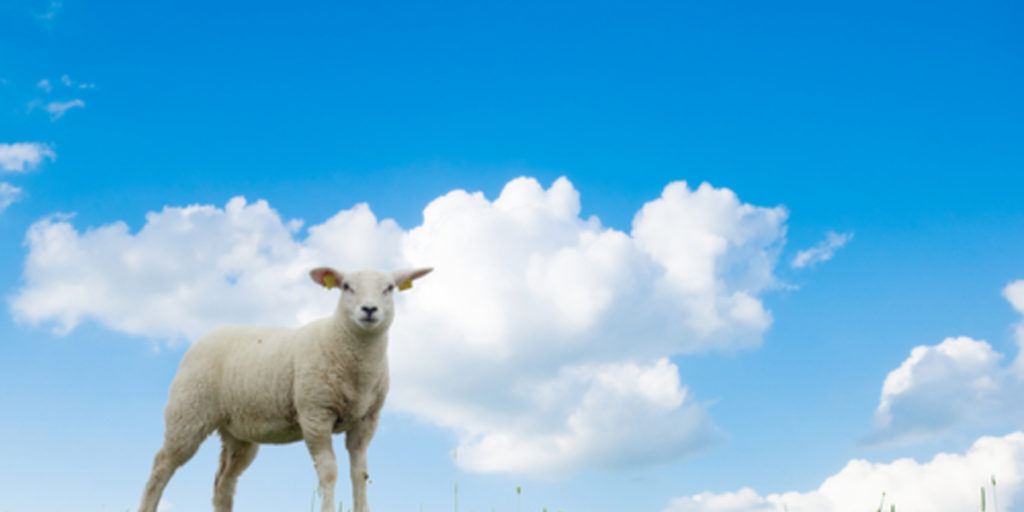 A leading HD researcher is studying how well sheep adapt to change. Believe it or not, this work could be important for the development of cutting-edge treatments for HD.

What is an animal model?

People interested HD research are probably used to hearing about scientific discoveries that use rats, mice or even yeast to help scientists understand HD. Using genetic engineering, scientists can alter the DNA of these organisms to include a mutant huntingtin gene – similar to the one that causes HD in people. When they do this, the animals show symptoms that are somewhat similar to the ones seen in human HD patients. Scientsts call these genetically-modified organisms ‘models’ of HD.

The symptoms of HD are never exactly replicated in animals, however. The movement problems that happen in people, particularly the dance-like involuntary movements called ‘chorea’, are a good example – these don’t happen in animals models. But if scientists test the motor coordination of HD model mice or rats, by getting them to run on a rotating bar, they do fall off more quickly than regular mice. Scientists use that sort of thing as a measure of the movement problems of a mouse. It’s not exactly like human HD, but it uses similar parts of the brain.

Some of the most damaging symptoms of HD are the ‘cognitive’, or ‘thinking’ symptoms of the disease. Testing the mental abilities of even the smartest rodent is tricky. Scientists can try using a number of ‘puzzles’ to test the thinking ability of mice and rats, but how well they match the symptoms seen in people has always been a debate.

Furthermore, human brains are large – about 1500 grams – while mouse brains are tiny – only about half a gram. Because mouse brains are so small, it’s relatively easy to give them direct injections of drugs. Those treatments might work well in lab mice, but wouldn’t be possible in human beings. Getting drugs into large human brains is a particular problem for HD treatments like ‘gene silencing’ that require the delivery of drugs directly to the affected parts of the brain.

The fact that it’s relatively easy to inject drugs into mouse brains is one of the reasons that HD families hear about so many exciting lab results that never seem to work in humans.

Given these problems, what can scientists do? Some are trying to build bigger and better models.

Anthony Chan, at the Emory University in Atlanta, has developed a monkey model of HD – in fact, it’s the first monkey model of any human genetic disease. Monkeys are very smart, and have brains very similar to humans, which makes this an interesting area of research. But monkeys are incredibly expensive to look after and use in research, and there are ethical considerations that need to be thought about as well.

As an example, a trial investigating whether a drug improves HD in a mouse might require up to a hundred mice. Testing that many monkeys to obtain similar results would be impossible, both ethically and financially.

So what other options are there for modeling HD in a larger organism? Jesse Jacobson, working in the lab of Prof Russell Snell at the University of Auckland in New Zealand, has developed a sheep model of HD, by giving them a mutant huntingtin gene. Why a sheep model? Well, sheep have several advantages when it comes to large animal modeling HD. They have large brains, which are shaped similarly to human brains. They are also incredibly cheap to maintain (cheaper even then mice, if you’ve got the land for them).

But, aren’t sheep stupid? Despite the fact that sheep are known to have excellent memories for faces, no one has ever formally tested how smart they are. It wasn’t until the development of a sheep model of HD that anyone would even think to ask the question.

Enter Prof Jenny Morton. She’s a long-time HD researcher, who has been working with mouse models of HD since the late 90’s at the University of Cambridge in the UK. When she heard about the sheep model she “thought it would be brilliant to have a large animal model”, but given her experience with mouse behavioral experiments she thought “what a waste if we don’t also do the behavioral analysis”. So she signed up to help.

Having gotten herself into the project, she began to have concerns. As she says, “at first I thought it wouldn’t be possible. The literature on sheep cognition was very limiting”. Another problem was finding sheep to test. Her funding hadn’t come through yet, and it wasn’t clear where she could get animals to begin her testing. Near her home in the UK there were some “old lambs, surplus to requirement and were going to be sent to the slaughter house”. Without her research funding approved, she used her own credit card to buy some of the lambs. She reasoned that “the only way I could learn about them was to have some of my own. I got them used to me by taking the Sunday papers down to their pen and reading them there.”

What tests were done?

Once Morton had convinced herself that sheep were likely smarter than they were given credit for, she designed a larger experiment that was conducted in Australia. The sheep in this experiment were tested using food rewards hidden in buckets at the ends of arms in a maze. Because they enjoy the food reward, it was easy to train the sheep to look for a bucket with a certain color, or shape. All the sheep learned very quickly which bucket contained their food. Surprisingly, even after a 6-week interval had passed, the sheep were still able to remember which bucket they were supposed to look in for their treat.

So the sheep can learn, but how does that apply to HD? There are certain kinds of thinking tasks that are very difficult for people with HD. Family members may be familiar with the difficulty that HD patients have with adapting to change. Psychiatrists call the inability to change thoughts or actions ‘perseveration’, and it’s a real problem in HD.

Morton found that the normal sheep were smart enough to test some of these kinds of behaviour. When the food was moved to a different colored bucket, and the sheep had to look in the previously ‘incorrect’ bucket, they initially had a hard time, but soon learned the new rule. Even more complex switches were possible, like making the sheep ignore the color all together and instead look at the shape of the bucket. In short, the sheep were able to perform these tasks much better than we might have expected.

Having established that these complex thinking tests are able to be done with sheep, Morton has opened the door to using them to help with HD trials. Because she knows how normal sheep behave in these kinds of experiments, she can test the sheep that have a mutant HD gene, and see how they compare. This opens the door to using the sheep for trials possible HD treatments.

And, as all HD families know, there are other problems associated with expressing a mutant HD gene besides simple mental ability. Emotional problems are common in the disease, which in turn cause great suffering in HD families. Here, too, sheep might help us learn more. As Morton says, “sheep can perform cognitive tasks that we know are useful for picking up abnormalities in HD patients. But they also have complex social lives, and show emotion. I am trying to devise tests to measure social interactions between sheep”. These surprisingly complex behaviors might help us better understand HD, and to know if a therapy given to HD model sheep are really helping.

It may seem surprising, but testing certain HD therapies in sheep is a big improvement. It raises the bar for success, as it’ll be harder to treat the large brains of sheep than the tiny brains of rodents. But that means therapies that are successful in the sheep are much more likely to succeed in human trials.