Updates from uniQure about their gene therapy for Huntington's disease uniQure is a company specializing in gene therapy, and they have been working on an experimental drug for Huntington’s disease (HD), called AMT-130, that is delivered via brain surgery. This is an unprecedented genetic approach to treating HD, and safety is the top priority for the first human trials. A press release and public presentation on Thursday June 23rd announced 12-month data on safety and huntingtin-lowering, from the first cohort (group) of 10 people with HD to undergo the surgery. HDBuzz also had the opportunity to speak with Dr. Ricardo Dolmetsch, President of Research and Development at uniQure, to get some additional clarity on what was shared. Overall, the drug and surgery were well tolerated, with no major safety issues arising so far. It can be difficult to interpret huntingtin-lowering data from such a small group, but what’s there so far looks like it could be promising – let’s explore what it means and what’s next for this study.

The first gene therapy for HD

Let’s begin with a refresher on the basics of this trial. Gene therapy is a technique that aims to permanently modify the core instructions from which living things are built. There are different targets and different methods for transporting such drugs to parts of the body and brain, but the key point is that gene therapy aims for permanence, a one-and-done delivery, to treat a genetic disease at its roots. Most HD gene therapies are focused on a technique called huntingtin-lowering, which targets the huntingtin gene or its genetic message molecule, RNA. The aim is to switch off the gene and decrease the amount of harmful huntingtin protein that builds up in the brain, with the goal of slowing the worsening symptoms of HD.

uniQure is developing an HD gene therapy called AMT-130. They are using an approach where a piece of man-made genetic material is packaged inside a harmless virus and delivered directly to the part of the brain that is most affected by HD, the striatum. This requires a single surgical procedure in which minuscule holes are made in the skull and tiny needles are used to inject the virus into six different locations deep in the brain. The drug spreads into many brain cells and sets up little factories for producing a type of genetic micro-message that tells the cell to make less huntingtin protein.

uniQure spent several years testing their drug in different lab models and animals, including pigs that have the HD gene. Then, when it looked like they could safely achieve huntingtin-lowering in a large animal brain, they embarked in 2020 on the first trial in people, known as HD-Gene-TRX1. So far, 36 people are enrolled in different cohorts (groups) of this trial in the USA and Europe, some receiving a low dose of AMT-130, some receiving a high dose, and some receiving an imitation surgery, in which no needles are used and no drug given but the tiny holes are made.

Last week’s press release and an investor-focused presentation from uniQure shared some data, from just the first cohort of 10 participants with HD. 6 of these individuals received the low dose of AMT-130, and 4 were in the “control” group that had imitation surgery. In addition to showing that the drug and procedure were safe and well-tolerated, uniQure was able to share huntingtin-lowering data from 7 of the participants, 4 in AMT-130 group and 3 in the control group.

The very small numbers of people mean that the data is variable and should be interpreted with caution. That said, there may be reason for excitement, even with such a small group.

What was shared in the press release?

The June 23rd press release shared basic data on the side effects of the surgical procedure, levels of huntingtin after 1 year, and a protein called NfL that can act as an indicator of brain health. Essentially, what they shared addresses safety first and foremost, followed by a “biomarker” of how brain cells might be reacting to the treatment, and a measure of whether the drug is acting biologically in the way it’s meant to – this is known as “target engagement.”

This is the simplest piece to interpret and is solidly good news. The 10 participants were followed closely over the course of 1 year, and the main side effects they experienced were related to the surgery, which was overall very well tolerated. The surgery can take most of a day, and one person had a blood clot from being immobile for many hours, which resolved soon afterwards. Another person experienced delirium after the surgery, a period of serious confusion that happens sometimes after anesthesia, and this also resolved quickly. Those were the most serious side effects; other examples of minor ones were headaches after the surgery, and pain or dizziness after lumbar punctures to take samples of spinal fluid.

The 10 participants in the first cohort had lumbar punctures before having the surgery (“baseline”) and then 1, 3, 6, 9 and 12 months later. This was to allow uniQure to measure changes in levels of huntingtin as well as other biomarkers, like NfL, that can help to give a picture of brain health.

The trials and tribulations of measuring huntingtin

Ideally we would have a clever way to look directly in the brain at huntingtin levels before and after treatment, and scientists are working on tracers which would allow us to do just that, but these are not ready to use in drug trials just yet. Instead, scientists measure the very small amounts of huntingtin protein found in spinal fluid as a proxy, and these measurements are a technical challenge for the entire field of HD research. Of the 10 people in this part of the uniQure study, the researchers were only able to get reliable huntingtin-lowering data from 7; 4 people who received the drug and 3 who received the sham treatment. This means we are looking at data from a very small number of people so, whilst things look to be going in the right direction, we should still be cautious.

Another consideration is that uniQure’s drug lowers both healthy and harmful huntingtin, based on this data, by around 50% in people who received the low dose of AMT-130. Questions came up in the public presentation around whether longer exposure or higher doses could lead to “too much” lowering of huntingtin, but this seems unlikely for several reasons.

The work that uniQure have published in animal models shows that higher doses of the drug are safe and well tolerated over the course of several years. In people, the data so far show the levels of huntingtin getting lower and lower over time, but uniQure expects the lowering to level off after 12 months, as they have seen in their animal model experiments. They also show that higher doses of the drug don’t lower huntingtin levels much more than low doses; instead, the drug is able to spread to more parts of the brain, so the same level of lowering is seen in more areas, which they think will be beneficial.

Finally, there are several trial participants in the USA and Europe who have already received high doses of AMT-130, and none of them have had major dangerous side effects thus far.

Although this early data is encouraging that AMT-130 is doing what scientists hoped – lowering huntingtin levels – there is still a long way to go before this could be a drug to treat HD. A number of scenarios are possible, all of which hinge on the outcome of the results uniQure is due to publish in the second quarter of 2023.

In the best case and probably unlikely scenario (but we can hope!), the next data release will have extremely positive findings, which could prompt uniQure to pursue accelerated approval of the drug to start treating people with HD as soon as possible. What is more likely, but still wishful thinking at this stage, is that the next data update holds up the tentative conclusions we have drawn so far – the drug appears safe, engages the target by lowering huntingtin and, perhaps, might show some indications of improving symptoms or slowing down the progression of HD. In such a scenario, uniQure would likely launch a much larger phase 3 study with over 100 patients enrolled and divided into control and treatment groups, to determine in a larger population whether the drug is really doing what the scientists hope – slowing or halting the progression of HD.

However, we must prepare for the possibility that the results in 2023 are not what we hope. One possibility is that the drug continues to be safe, but that huntingtin levels are not lowered. This may not be as bad as it seems, it could be that it takes some time to see a measurable effect of AMT-130, we just don’t know what to expect at this stage. The worst case scenario is that signs of HD in people who receive the treatment could appear to progress faster – similar to the results of the tominersen trial. In that case, uniQure would need to go back to the drawing board.

All that speculation aside, uniQure are taking concrete steps to improve upon the surgery, as well as planning for access to AMT-130, should the results of this trial prove favourable. One drawback for this “one-shot” therapy is that the procedure itself takes all day. In a third cohort of patients, uniQure are planning to test a much shorter version of the surgery which would only take half a day to complete.

All in all, uniQure’s preliminary safety and huntingtin-lowering results are encouraging. We are grateful for the brave participants in this unprecedented gene therapy trial, and eagerly await the next data release. The VIBRANT-HD study began in early 2022 and was a long-awaited trial of a huntingtin-lowering drug, branaplam, that could be taken by mouth. On Monday, August 8th, we learned that dosing has been temporarily suspended at the recommendation of an independent committee that is monitoring the data from the trial. This decision was made because ... Read more
READ MORE > Updates from uniQure about their gene therapy for Huntington's disease

uniQure is a company specializing in gene therapy, and they have been working on an experimental drug for Huntington’s disease (HD), called AMT-130, that is delivered via brain surgery. This is an unprecedented genetic approach to treating HD, and safety is the top priority for the first human trials. A press release and public presentation ... Read more
READ MORE > For those who were following the live tweets from HDBuzz about the CHDI HD Therapeutics Conference or tuned in to the HDSA Convention, we may have caught your attention with the new HD staging system. And if you missed it, you’re in luck! The publication detailing this new classification system, how it’s used, and its ... Read more
READ MORE > A research group in Spain is planning a clinical trial to explore if biotin and thiamine supplementation may help treat motor symptoms of Huntington’s Disease. This strategy emerged from their observations that some protein changes in both mice and people with the HD gene mutation resembled those seen in another rare brain disorder, biotin-thiamine responsive ... Read more
READ MORE > 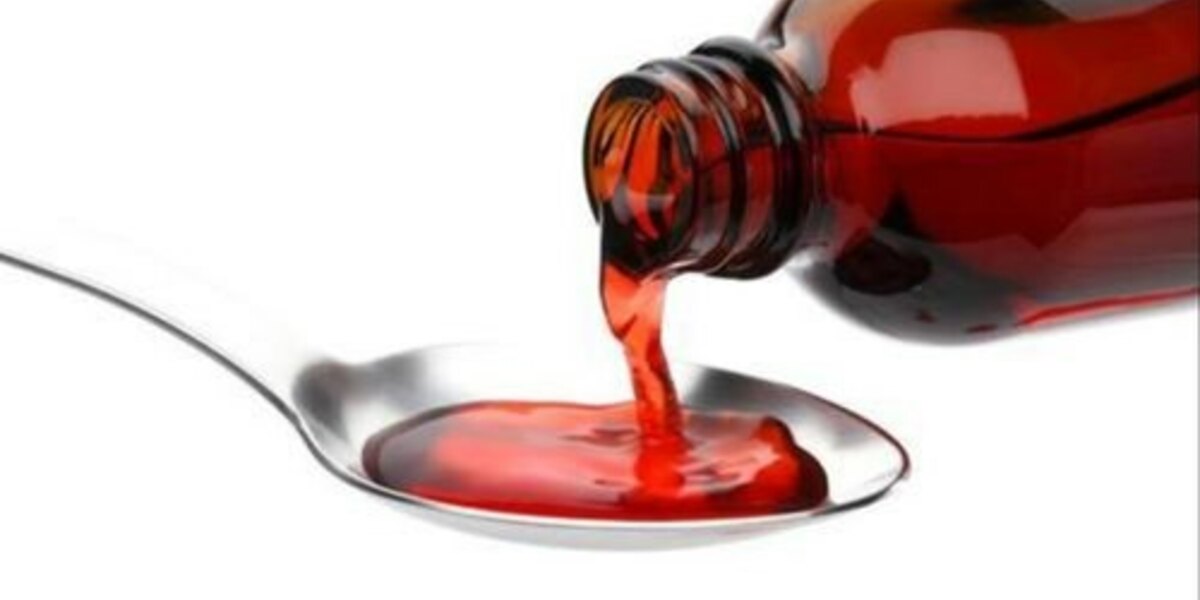 A spoonful of branaplam helps the huntingtin go down

Scientists at Novartis and The Children’s Hospital of Philadelphia have recently published a paper detailing how the drug branaplam, originally developed for the neurological disease spinal muscular atrophy (SMA), could be repurposed to treat Huntington’s disease. Branaplam can lower levels of the huntingtin protein and is now being tested in the clinic in a phase ... Read more
READ MORE >