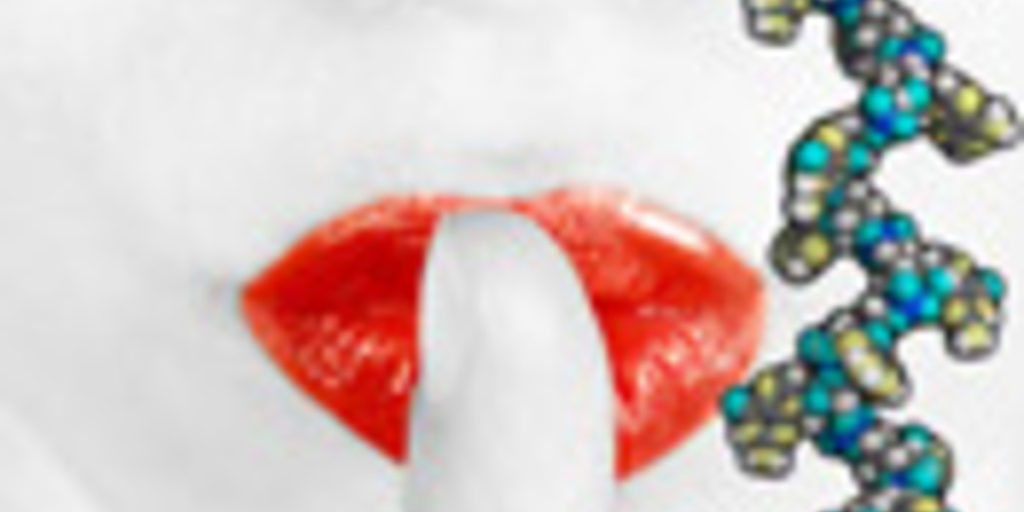 After huge leaps forward in recent years, we’re edging ever closer to human trials of huntingtin lowering or ‘gene silencing’ as a potential treatment for Huntington’s Disease. Newer, better and safer techniques are always welcome and the announcement of ‘single-stranded RNA’ silencing is causing quite a hubbub. What’s it all about?

Gene silencing drugs work by telling cells not to make the huntingtin protein, the cause of damage in Huntington’s disease. They do this by interfering with the cells' protein-making systems.

While pushing towards clinical trials as rapidly as possible, scientists have also been working on developing a new, and hopefully improved, RNA interference technique. To explain the differences from existing techniques we need to explain a bit about how genes are read to make proteins. Stick with us – it’ll be worth it!

What are DNA and RNA?

DNA is the blueprint for making humans. It is a long molecule made up of stuck-together bits called bases which come in 4 ‘flavours’ – C A G and T. These are the letters in which our genetic code is written.

The DNA ‘double helix’ is made up of two strands that line up side by side. Each strand is a string of bases, and the two strands are held together by chemical bonds between the bases on opposite strands. A pairs with T, and C pairs with G.

To get from DNA to a protein, a ‘working copy’ of the DNA needs to be made. The copy is called ‘messenger’ RNA, or mRNA. RNA is closely related to DNA but looks a little different.

mRNA is the template which tells a cell how to put a protein together. Whenever a cell makes any protein – including the huntingtin protein – it does so by reading the instructions in the mRNA that corresponds to that protein.

Interfering with huntingtin mRNA – or ‘shooting the messenger’ – prevents the huntingtin protein from being put together, and is the basis of gene silencing in RNA interference.

OK – back to gene silencing

Once inside cells, the double-stranded RNA needs to separate into single strands to let it bind to the huntingtin mRNA message molecule. Then an enzyme in cells chews up the mRNA, so that the mutant protein never gets made.

We know that this way of doing things can dramatically decrease the amount of the mutant HD protein made in cells. What we are less sure about is whether the unwanted strand that separates off has any bad side effects on cells. There is a possibility that the body might launch an attack on the leftover strand and cause harm. Another possibility is that the leftover strand might bind to other mRNA, and prevent other important proteins from being made.

A final difficulty of double-stranded siRNAs is that they need to be packaged up in a complicated way in order to get them to the right tissues for them to do their job.

There have been studies in mice and monkey animal models of Huntington’s disease which showed that siRNAs are safe and effective, but scientists are a cautious bunch because we have to be really sure about safety before giving any treatments to precious humans. The last thing we want to do is make HD worse.

One idea for reducing the risk of bad effects of RNA interference is to produce a single-stranded siRNA. But how could we overcome the stability problem – that annoying habit of cells of chopping up the single-stranded RNA drug?

After a lot of hard work, a group of researchers headed by David Corey in Dallas, in collaboration with ISIS pharmaceuticals have just announced they’ve finally cracked it. To give you an idea of the excitement this has caused, it was announced in not one, but two ‘back-to-back’ articles in the same edition of top journal Cell. Quite a scoop!

By making some chemical modifications to previous attempts, Corey’s team have made a single-stranded siRNA, and were able to package it in a simple salt water solution. They successfully injected the single-stranded siRNA into the fluid spaces which surround the brain in a mouse model of HD, and were able to show that it binds to huntingtin mRNA and prevents the HD protein from being made.

Not content with that, they took things further. By slightly altering the structure of their molecule, they could also create a single-stranded siRNA which only blocked production of the mutant HD protein and didn’t prevent the normal version of the HD protein from being made. They did this by targeting the siRNA to the abnormally long ‘CAG’ stretch in the HD gene.

With a single-stranded siRNA we don’t need to worry about what a second strand might be doing, and by targeting just the mutant huntingtin mRNA there’s less concern about the possible effects of stopping production of the normal HD protein.

A few questions will need to be answered before single-stranded RNA interference can be tested in people.

First, there are some other genes with a stretch of CAGs in them. We don’t yet know if introducing single-stranded siRNAs targeting those CAG stretches might inadvertently switch off other important genes.

Second, the delivery problem. How are we going to reach the important parts of the brain of Huntington’s disease patients? Luckily, researchers in HD and other diseases are already working on this. A trial of a similar drug made from single-stranded DNA is being trialled in motor neuron disease (ALS) right now.

Finally, how are we going to measure and monitor the effectiveness of treatment? In animal models, we can do this by looking at brain tissue and measure how much huntingtin protein is made. This is a lot more tricky to do in humans, but top scientists are working on it and we think we’re ready to start trials in Huntington’s disease patients.

A final sneak preview of another possible use of single-stranded siRNA. Researchers are also looking at using it in combination with stem cell research. Basically, they are working on taking skin cells from individuals with Huntington’s disease, and turning those skin cells into neurons. Those neurons could then be treated with single-stranded siRNAs to reduce the levels of harmful HD protein before transplanting them back into the brain.

It’ll be many years before the combination of single-stranded siRNA with patient-derived stem cells might be used as a treatment, but it’s a neat idea and good to know all avenues are being explored. Meanwhile we expect single-stranded siRNA to progress fairly rapidly towards clinical trials.