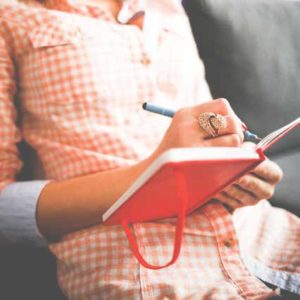 ANALYSIS OF handwriting movements using a pen tablet and specialised software can accurately distinguish  people with Huntington’s disease who are still asymptomatic from those without the disease, a new study suggests.

The research, “Handwriting Movement abnormalities in Symptomatic and premanifest huntington’s Disease,” was published in the journal Movement Disorders Clinical Practice.

Handwriting abnormalities in huntington’s patients were last reported nearly 20 years ago, and included longer stroke duration and greater variability in stroke velocity. among questions still unanswered is whether assessing handwriting movements can help detect abnormalities in the asymptomatic (premanifest) stage of Huntington’s and serve as a predictor of disease progression.

To investigate, researchers at university of California San Diego test- ed whether handwriting abnormalities were associated with clinical features in symptomatic patients, and if such abnormalities could distinguish asymptomatic Huntington’s patients from healthy controls.

Participants used a Wacom digitizing  tablet,  a  device  often used by artists to draw on a computer  screen.  the  tablet  has  a special pen and is sensitive to the level of applied pressure, mimicking traditional drawing on paper. Handwriting traces were recorded and analyzed using a specialized software called MovAlyzeR.

Longer stroke duration was associated with greater penney burden of pathology (BOP) and CAG × age product, two measures of disease progression. Of note, the CAG × age product is calculated by multiplying the number of CAG repeats by the patient’s age.

CAG repeats are the genetic abnormality in people with huntington’s. Patients may have 36 to more than 120 of these repeats of three DNA building blocks (cytosine, adenine, and guanine) in their HTT gene. The longer this region is, the earlier the symptoms appear and the more severe the disease.

“These findings support the clinical utility of dynamic measures of hand- writing kinematics as a potential early behavioral biomarker in [huntington’s],” the researchers wrote.

However, they cautioned that these results require confirmation, especially those in asymptomatic patients, and that studies in larger groups are still needed.