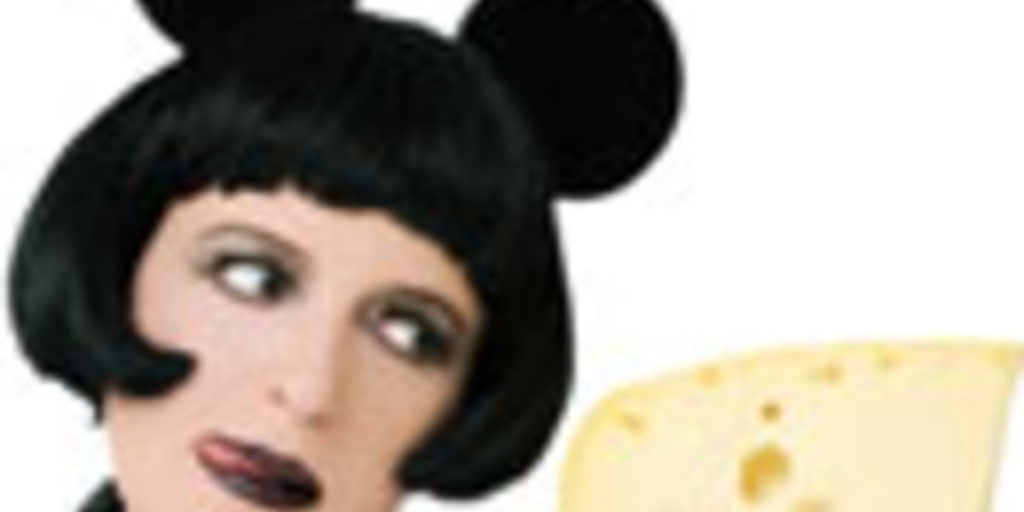 You are more like a mouse than you might think! Today, scientists can study HD using ‘model’ mice, flies, sheep, and other animals. But how do these models help us understand HD and how to treat it – and what are the pitfalls of relying on animal models?

What can whiskers and tails tell us about HD?

A great deal of what is known about HD can be traced to scientific findings from animal research. However, creating models for human disease is a tricky task for scientists. ‘Animal models’ are what we call animals that have been genetically altered to include a mutant disease gene that produces human disease symptoms. These models have led to important discoveries in science and have been extremely useful in looking at human diseases on a smaller scale.

There are many things animal models can tell us that would be impossible, or would take way too long, if we confined ourselves to studying humans. All medical animal research is governed by very strict rules ensuring good welfare standards and minimizing suffering.

Just how many different types of animals help us to study HD might surprise you. Many animals are surprisingly similar to humans, in that they have the same organs that perform the same functions in the same way. Interestingly, nearly 90% of the medicines used to treat animals are either the same or very similar to those developed to treat humans. Another advantage of animal models is that large numbers can be studied at once. Scientists cannot perform experiments on just a single animal or human, and it is safer to test therapeutics on large numbers of animals rather than people.

How do animals get HD?

Despite their similarities to humans, animals do not develop Huntington’s disease naturally. Advances in genetic technology have allowed the development of ‘transgenic’ animal models, which have a mutant disease gene inserted into their DNA, causing them to develop a disease with some features of human HD.

Mutant genes are inserted using recombinant DNA technology – a technique rather like putting together a jigsaw puzzle where the different pieces are actually DNA. These animals are injected with the completed puzzle, which is then included in biological cells to turn them into “factories” for the production of unusual proteins. In the case of HD, the animals become powerhouses for producing mutant huntingtin, the hallmark protein for this disease. This allows scientists to model HD in a way that we can study it.

As well as producing genetically altered animals, scientists can study some features of HD in animals by using artificial injuries from injected toxins, or surgeries that damage particular regions of the brain that are affected in HD such as the striatum, to cause the movement impairments seen in patients. This helps researchers understand what happens early in the disease when certain areas of the brain start to diminish, but it’s a much less accurate way of modeling the disease than using genetic manipulation.

Not all models scientists use are furry animals. In studying HD, we can start at the smallest level – think microscopic! Cell models such as yeast cells, and less complex animals such as fruit flies, provide quick and powerful information for scientists in understanding what causes HD. Flies, for example, share at least 50% of DNA with humans and have a fully functional brain, set up for sight, smell, learning and memory.

These simpler models allow theories and drugs to be more quickly tested at an early stage of research. However, they do not tell the entire story. For that, we need to keep climbing the ladder in our animal kingdom.

The majority of disease research has used mice for many reasons including their availability, low cost of use, and because they’re relatively easy to alter genetically. We share many genes with our furry little friends – about 99% of human genes have a mouse equivalent.

One of the first mouse models developed for HD was called the R6/2 model. This model expresses a small portion of the HD gene and develops HD symptoms within a week of birth, succumbing to the disease after 4-5 months. Compare this to the normal mouse lifespan of 2 years! While this makes research go more quickly, it makes the mice very different from most HD patients, where disease typically begins late in life.

Another type of mouse model was developed, with the aim of being a bit closer to the human disease. These are called knock-in mice. Here, scientists can replace (or ‘knock in’) specific regions of HD gene with human copies. In the case of HD, what’s introduced is the unusually long ‘CAG repeat’ DNA stretch that is the cause of HD in humans.

These knock-in mice develop milder symptoms that progress quite slowly, but their closer genetic similarity to human HD patients makes them a valuable tool to understand the early events that are triggered by the mutation.

Other rodent models include the YAC and BAC mice which have extra lumps of DNA that tell cells to make the entire human huntingtin protein. And now we have rat models of HD, as well. Each model can give us extra information, as long as the quirks of the species and the particular genetic manipulation are kept in mind.

In spite of their usefulness for testing drug effectiveness, there are many differences between animals and humans, which can complicate things for scientists. For example, though there is significant brain shrinkage seen in HD mice, their brains are clearly affected differently from those of human patients. Mouse brains show little evidence of the death of neurons, and only later in the disease. This is in contrast to human HD, where many neurons in key brain areas die by the time symptoms begin.

Another issue is that these smaller models do not completely mimic HD symptoms seen in humans. For example, HD human patients typically show ‘chorea’ or involuntary dance-like movements, whereas animal models do not. Scientists have to think of clever ways to measure movement problems in animals, like testing how well animals run on a rotating bar – like a lumberjack trying to stay on a spinning log. The mice with the HD mutation fall off more quickly, indicating that they do have movement problems, even if they don’t get chorea. Scientists can use these types of tests and ‘puzzles’ to look at behavior and thinking abilities in animals.

These differences demonstrates something very important, that is often overlooked: there’s really no such thing as a ‘Huntington’s disease mouse’, however you might sometimes hear these animals described. Some models are more accurate than others, but none is perfect. In fact the only ‘perfect’ model is a real human being with the HD mutation.

Because of these shortcomings of animal models, it is not surprising that most drugs that work in mice don’t work when tested in humans. It is relatively easy to inject various drugs into the brains of smaller animal models such as mice. This is often a reason that HD families hear about many promising therapeutics that never seem to work in humans. While treatments might work well in lab mice, getting drugs into larger human brains is a particular problem for HD treatments.

Given these problems with mouse models, what can scientists do? One possible way to better predict what will work in humans is to turn to larger models such as sheep, pigs and monkeys, that may more closely mimic human HD.

Sheep have large brains and are surprisingly clever! Scientists in Australia, New Zealand and the UK have developed a genetically modified sheep model, in the hopes of studying how Huntington’s disease affects humans and how we might be able to treat a large brain. The brain structure and behaviors of sheep are remarkably similar to humans. For example, they are expressive, recognize faces, and have long memories. This has allowed researchers to develop cognitive tests similar to those given to humans to study the full progression of HD. The downside is that sheep research is much slower than mouse research: the first HD model sheep were born in 2007 and in 2012, the sheep still don’t have any obvious signs of HD!

Who brought the zoo?

Using primates such as the HD Rhesus monkey model, addresses some of these issues, in part, because they are genetically and physically very close to humans. Monkeys have brains very similar to humans, making them a highly useful model, but they come with a high cost and ethical issues of their own. They appear to imitate some of the characteristic features of HD that occur in humans such as shrinkage of the brain, and motor impairments similar to what’s seen in human patients.

From the cage to the bedside

We hope this overview helps explain how and why animal models can help us understand HD and develop treatments. Researchers believe that these models are a crucial step on the road to creating effective treatments for humans. None is perfect, but by building up a picture using information gathered across Huntington’s disease models, we can figure out which discoveries and drugs might be best for testing out in the most important ‘model animal’ of all: human beings.