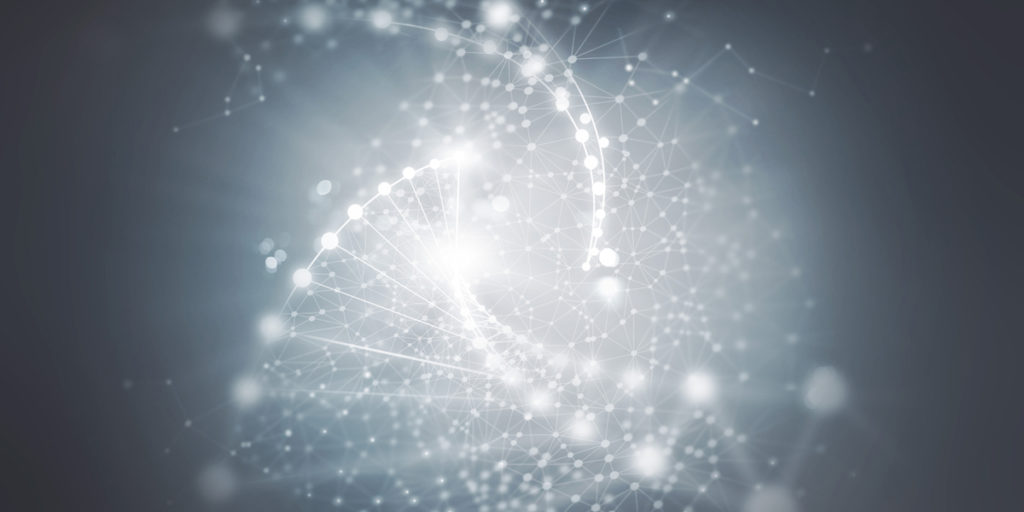 A collaborative team of scientists from Canada and Japan have identified a small molecule which can change the CAG-repeat length in different lab models of Huntington’s disease.

Huntington’s disease is caused by a stretch of C, A and G chemical letters in the Huntingtin gene, which are repeated over and over again until the number of repeats passes a critical limit; at least 36 CAG-repeats are needed to result in HD.

In fact, these repeats can be unstable, and carry on getting bigger throughout HD patients’ lives, but the rate of change of the repeat varies in different tissues of the body.

In the blood, the CAG repeat is quite stable, so an HD genetic blood test result remains reliable. But the CAG repeat can expand particularly fast in some deep structures of the brain that are involved in movement, where they can grow to over 1000 CAG repeats. Scientists think that there could be a correlation between repeat expansion and brain cell degeneration, which might explain why certain brain structures are more vulnerable in HD.

This raises the question, what is it that’s causing the CAG repeat to get bigger? It seems to be something to do with DNA repair.

We’re all exposed continually to an onslaught of DNA damage every day, from sunlight and passive smoking, to ageing and what we eat. Over millions of years, we’ve evolved a complex web of DNA repair systems to rapidly repair damage done to our genomes before it can kill our cells or cause cancer. Like all cellular machines, that DNA repair machinery is made by following instructions in certain genes. In effect, our DNA contains the instructions for repairing itself, which is quite trippy but also fairly cool.

But hang on, isn’t our DNA repair system meant to protect against mutations like these?? Well normally, yes. However, it appears a specific DNA repair system, called mismatch repair, sees the CAG repeat in the huntingtin gene as an error, and tries to repair it, but does a shoddy job and introduces extra repeats.

Why does this matter?

There’s been an explosion of interest in this field recently, largely because huge genetic studies in HD patients have found that several DNA repair genes can affect the age HD symptoms start and the speed at which they progress. One hypothesis to explain these findings is that slowing down repeat expansion slows down the disease. What if we could make a drug that stops, or even reverses repeat expansion? Maybe we could slow down or even prevent HD.

Chris Pearson’s group in Toronto have developed a compound called naphthyridine-azaquinolone, which we’ll just refer to more easily as ‘NA’, which binds CAG repeats and could prevent repeat expansion.

Using cells from HD patients in a tissue dish, NA was shown to successfully slow, and possibly even lead to a small reduction in CAG repeat length. Pearson showed that blocking transcription, the process in which genes are used as templates to make proteins, prevents repeat expansion. This suggests that during transcription, the huntingtin repeat might be bent into an abnormal shape, which mismatch repair machinery in the cell recognises and then tries to repair. However, precisely how NA works in this process remains unclear.

Pearson’s team injected NA into one side of the brain of an HD mouse model. They targeted the striatum, a region known to show lots of CAG expansion. Compared to the untreated side, NA prevented expansion and even caused some shrinkage of the repeat number.

Next, they showed NA reduced the build-up of clumps of toxic huntingtin protein in the mice’s cells. It is not clear yet whether the treated mice have improved symptoms or increased lifespan. This will be important for scientists to work out before deciding whether preventing repeat expansion has potential as a therapy for people.

A huge obstacle to making new drugs is getting them into the cells that most need them; in the case of HD, that means throughout deep regions of the brain. NA is able to freely enter different cells once in the brain, but this current version of the molecule has not yet been shown to cross the blood-brain-barrier. Scientists might need to modify and improve the NA molecule to avoid needing to be directly injected into the brain.

Fiddling around with DNA repair, one of our body’s major defence systems, could be dangerous, and there’s the potential for major side effects like cancer. Pearson showed that NA didn’t affect the core function of mismatch repair, which is to remove DNA bases when they get put in the wrong place. The researchers carefully analyzed the rate of mutations across the whole genome, and there was no detectable increase in the rate at which they were found, compared to controls when they were treated with NA.

It is possible to imagine treating HD patients at an early age, before they develop any symptoms; this might stabilise the CAG repeat and could prevent or at least delay the onset. CAG repeat shrinkage in their sperm or eggs could even mean they wouldn’t pass the disease on to their children.

However, for NA there is still a lot of work to do. For starters, we would need to show that preventing CAG expansion slows down the disease, we would then need to come up with a way to get NA into the deep regions of the brain, and finally we would need to be sure it is safe with limited side-effects. Early treatment could also mean being exposed to risks like cancer for even longer, so there’s clearly a lot to be worked out.

In summary, NA is an exciting research compound, but there is still a long road ahead before something like it might be a drug that could be taken by people to prevent or treat Huntington’s disease.