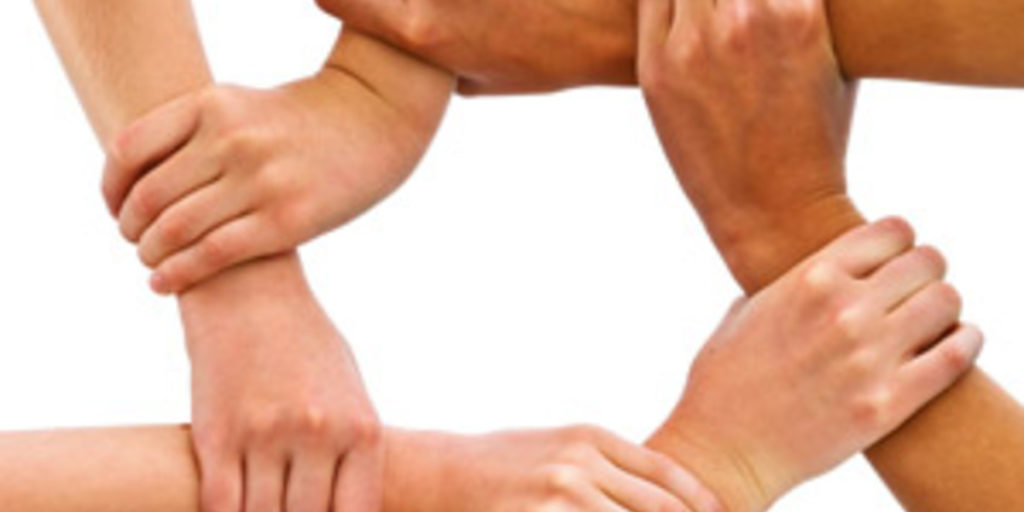 Why haven’t we cured Huntington’s disease yet? One reason is that after twenty years of study, scientists still don’t understand what the huge Huntingtin protein – mutated in HD patients – does. In a new study, the group of William Yang at UCLA has mapped the ‘neighborhood’ of huntingtin to try and bring some clarity to this question. In the process, they’ve revealed dozens of new leads for drug development.

Every patient with Huntington’s disease has a mutation in the same gene, which scientists call ‘huntingtin’. This gene, mutated or not, needs to be turned into a protein before it can do things in a cell. In the case of the mutant huntingtin gene, the protein it produces causes harm in cells.

Genes serve as blueprints for cells, instructing them how to make specific proteins. These proteins are the molecular machines that carry out most of the work that makes cells function.

So, when we ask “what does this gene do?”, we’re usually actually talking about the function of the protein that the gene is a blueprint for. The huntingtin gene tells cells how to make a protein that’s also called ‘huntingtin’.

The huntingtin protein is somewhat mysterious; first, it is huge, nearly 6 times the size of the average protein in a human cell. Secondly, it is found in many animals – even those as distantly related to us as sea urchins and slime molds have a huntingtin gene. When proteins are found in many different species like this, scientists call them ‘conserved’.

Whatever huntingtin does, it must be important to be required by so many diverse species. Finally, the protein is very unlike other proteins commonly found in a human cell. Most proteins have recognizable domains, or short areas that look like other proteins that help us figure out what they do. Huntingtin has none of these features – it seems completely unique.

Despite 20 years of study, the situation today is not much improved since we discovered the gene that causes HD. We do know that the protein is really important – mice that have been genetically modified to lack the huntingtin gene die before they’re born. Sharply lowering huntingtin levels seems very bad as well, multiple studies have shown bad effects in cells or tissues that lack huntingtin – particularly brain tissue.

Proteins are generally not isolated little machines, floating around in our cells doing their business. In fact, the inside of a cell is more like a thick goopy gel than a watery expanse – proteins and other parts of cells are compressed together in a dense goo in which proteins must function somehow.

Proteins normally function in partnership with other proteins – sometimes dozens or even hundreds of individual proteins work together to perform a particular task. A good example is the ‘synapse’ – the site of connection between two brain cells. Synapses depend on hundreds of proteins coming together in a precise manner to enable one neuron to talk to another.

Because the huntingtin protein is so unique, and yet so important, scientists have reasoned that they could better understand what it does by understanding who it interacts with. What other proteins does huntingtin stick to as it does its business in the cell? For example, if we found that all the proteins that huntingtin sticks to have a job at the synapse, that would limit our search for what goes wrong in cells with HD to that particular part of the cell.

Previous studies of this kind have been hindered by the fact that the huntingtin protein is just so enormous. The best efforts of scientists so far have relied on using small pieces of the entire huntingtin gene – slicing it into pieces and studying which proteins those little pieces stick to.

This is a bit like cutting a bit off of a large, complex, puzzle piece and finding places that the small fragment fits. Some of the spots identified by this method will be correct, but a large number will be what scientists call “false positives” – places where the little piece fits, but the whole intact huntingtin protein would not.

A new attempt at map-building

Technology for studying proteins has become more and more sensitive over time. So sensitive, in fact, that a group of scientists lead by William Yang at UCLA in California USA decided to try and build a new map of the huntingtin protein’s cellular neighbors.

Their approach was a bit audacious. Rather than chopping up the huntingtin gene into tiny pieces and sticking it in yeast cells, they decided to go to the source. They isolated huntingtin protein from mouse brains – in fact three different brain areas – and at several different ages.

Their bet paid off – they were able to identify 747 proteins that interact with the huntingtin protein in the mouse brain. 139 of these proteins had been described to interact with huntingtin before. That’s good, because it means that these results build on what was known before and are more likely to be reliable.

That leaves 608 new proteins that the huntingtin protein interacts with while doing its work in the cell. Because of the way the team looked at protein from different brain areas, they could also identify interactions that only happen in parts of the brain that are especially vulnerable in HD.

Another interesting category of interactions are those that happen in relatively old brains, but not young ones. Because HD usually affects brains after some years, these interactions might provide clues about processes that go wrong over time.

Imagine someone handing you a list of 608 car parts. It’s pretty hard to figure out what they all do without knowing about all the different systems in a car, and how they interact. Unfortunately, unlike a car, no one has a complete blueprint for brain cells.

To tackle the problem of classifying this long list of huntingtin protein partners, Yang’s team turned to a team lead by another UCLA investigator, Steve Horvath. Horvath’s team is expert in classifying these type of lists to try and understand what goes wrong in biological systems.

In effect, Horvath’s group specializes in something very difficult – given a list of car parts, they work on trying to figure the blueprint of the car.

The two teams identified a number of systems in brain cells that they believe might go wrong in HD brains. They were able to make some very specific predictions about which proteins huntingtin will work with inside a cell. All of these predictions that were tested subsequently were found to be correct – giving us confidence that this new map is accurate.

Does this matter to HD patients?

Thanks to the effort of these scientists we now have a much more accurate map of which proteins huntingtin interacts with in the brain, which of these interactions are specific to certain brain regions and which happen only in aged brains.

At HDBuzz we’re always excited about the latest therapeutic advances – but fundamental studies like this are still very important. The development of the next generation of therapies relies on a much better understanding of what, precisely, the huntingtin protein does, and how this goes wrong because of the mutation that causes HD. This study brings us closer to that understanding and adds new targets to the drug discovery pipeline.