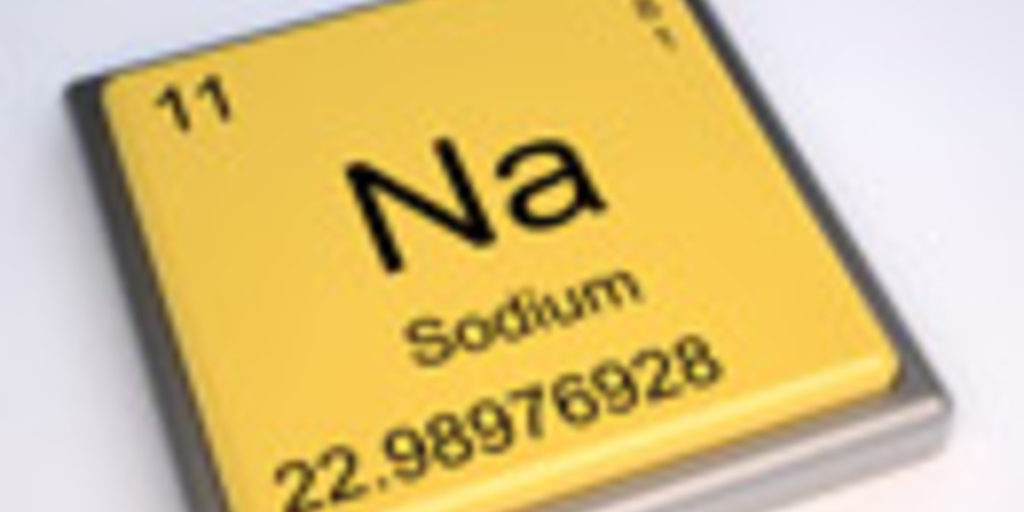 Using a new brain scanning technique for the first time in HD, researchers have found that people with Huntington’s disease may have increased sodium levels in their brains. But what does increased sodium actually mean? Why do we have sodium in our brains at all – isn’t it just salt? And why might a ‘salty brain’ be bad?

Why we need salt

Your average varieties of salt – table, rock, sea and so on – are all made up of the chemical sodium chloride, or NaCl to those in the industry.

Salt has been a vital part of the diet of humans, and all other mammals for that matter, since we stepped out of the primordial soup. The sodium in salt is essential for maintaining the fluid balance in our bodies – in other words, making sure that we have the right amount of water in our blood, other fluids and cells to keep things ticking over nicely. Sodium is also used to help transport chemicals in and out of cells, without which the cells would stop working properly.

Finally, and perhaps most importantly, sodium is crucial for thinking. By that, we mean that sodium is required for sending electrical impulses through neurons.

And, like all chemicals found in the body, sodium gets used up, so we have to keep eating salt or else we would completely grind to a halt.

Too much of good thing?

Salt tastes good to us because it is such an important part of our diet, and our ancestors would have tried to hunt and gather salty things to eat. However, in the modern world, salt manufacture has become so efficient that we have access to mountains of the stuff. Around 210 million tonnes are produced each year, much of which gets added to our food.

Now, instead of having to seek out rare, precious salt like our ancestors, we actually have to avoid eating too much, or risk strokes, heart disease and other nasty things.

Like most things in life, too much or too little salt is a bad thing, and we need to try and eat a balanced amount. But what has this got to do with Huntington’s disease?

Measuring sodium with an MRI scanner

Since the sodium in salt is crucial for to get the brain working, it would be nice to be able to measure it in living humans. That’s the idea behind sodium tissue concentration imaging.

Increased sodium in the caudate nucleus?

That’s exactly what some researchers at Jülich Research Centre and Aachen University in Germany did recently, and their results have just come out in the journal Neuroimage.

The researchers found that the concentration of sodium was higher in the brains of HD patients, particularly in a brain region called the caudate nucleus. You may well have already heard of the caudate nucleus, as it is well-known for being the part of the brain that is most affected early in HD.

The fact that the sodium imaging research highlighted the caudate fits in with our current understanding of the HD brain, and gives us confidence in the accuracy of the findings.

So what might be causing this increase in brain sodium? Well, all cells in the brain usually contain a moderate amount of sodium, whereas the spaces between cells (full of fluids and chemicals) have a much higher level of sodium.

Because of the salty environment that our brain cells live in, they constantly need to pump out excess sodium, in order to maintain the right level. One effect of the mutant huntingtin protein that causes HD may be to weaken cells' ability to pump out excess sodium. That would cause sodium levels in HD brain cells to be higher than normal. It could also affect how well the cells work.

Another possible explanation for the increased sodium concentration in HD is that the mutant protein is causing brain cells to die. So when the scanner looks at a particular brain area, it will contain fewer cells, and more of the highly salty fluid between cells. That means that the average salt concentration in the brain area will be higher.

How does this help in fighting HD?

Great, so we’ve seen that HD brains are generally saltier. But how might this be helpful in looking for HD treatments, rather than just an expensive way of measuring salt?

Well, in addition looking at sodium levels, the researchers also measured the size of different brain areas. While this has been done plenty of times before in HD, they wanted to compare sodium levels with the sizes of brain regions.

As expected, the highest levels of sodium were found in the brain regions that are already shrinking in the early stages of HD, such as the caudate nucleus.

However sodium levels also were abnormally high in parts of the brain that were not shrinking, such as the amygdala.

That might mean that the sodium increases actually happen before any brain shrinkage. This idea fits in with theories about sodium in HD. If it’s correct, then measuring sodium levels could be the a good way to detect brain changes at their earliest stage.

What’s more, if we wanted to test a potential HD treatment, we could see whether the drug helps keep sodium concentrations at a normal level, to get an idea if the drug is working long before clinical symptoms start and even before brain areas start to change in size.

When a measurement tells us something useful about a disease, we call it a biomarker.

Hang on a moment…

If there’s more sodium than normal in HD brains, does this research mean I just eat less salt to combat HD?

Unfortunately no, it’s not that simple.

The results only show that the sodium is unevenly spread through the brain in HD, which is a possible sign that things are going wrong. Changing your dietary levels of salt won’t affect this uneven spread.

There are few other things to bear in mind too, when interpreting the results of this study. Sodium concentration imaging is really new, and the technique is not as well refined as other brain imaging methods. The images it produces are much lower resolution, like photos from an old digital camera. That means that trying to match up the sodium levels to specific brain areas is not very accurate. Hopefully, the technique will improve with time.

Also, this research was only done in a small group of thirteen Huntington’s disease patients and thirteen controls. Research in much bigger groups needs to be done before we can say for sure that sodium is higher in HD brains.

It’s early days for research using sodium imaging in Huntington’s disease. However, this research is innovative and shows interesting results that fit with our understanding of brain problems in HD. If more people decide to use this approach, and test bigger groups with more refined methods, then the saltiness of the brain could become a biomarker of treatment response in HD.