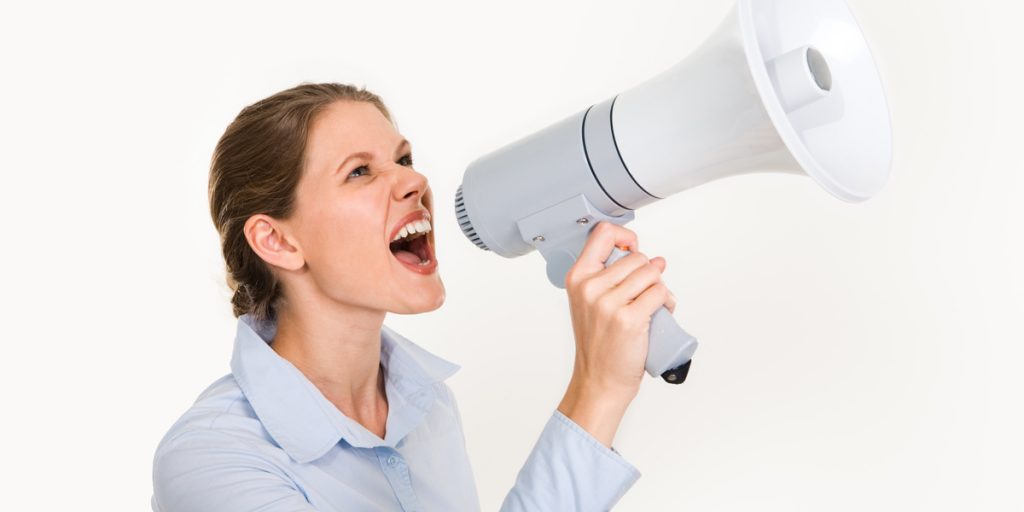 Dopamine is an important chemical messenger in the brain that becomes imbalanced in Huntington’s disease. Researchers recently described a creative way to restore the balance and treat symptoms in HD mice, using an antihistamine drug that acts on hybrid dopamine receptors. It’s an innovative approach to HD therapeutics, but don’t start reaching for allergy meds to treat HD.

Our neurons communicate using tiny bubbles of chemicals that cross the spaces between cells. These vital chemicals are known as neurotransmitters, and they trigger electrical impulses that control the activity of our bodies and brains. Some neurotransmitters are found only in the brain, and some play other roles in the heart, immune system, gut, and other parts of the body.

To accept neurotransmitter messages, brain cells have chemical receivers called receptors. Drug design often takes advantage of receptors to influence the chemical messages that affect our emotions, perceptions, and movements. Drugs that stick to receptors and block or boost neurotransmitters can treat a huge range of brain disease symptoms, from anxiety and migraines to the stiffness of Parkinson’s disease or the excess movements of HD.

In general, each type of neurotransmitter chemical fits a different kind of receptor. But often it’s useful for cells to have multi-purpose receptors that can receive more than one chemical messenger. Recently a group of scientists studied a type of hybrid receptor that can receive two different kinds of neurotransmitter, dopamine and histamine. They used a drug aimed at histamine to quiet down dopamine and improve symptoms in HD mice.

Unfortunately some news sources have spun clickbait-worthy headlines, suggesting that allergy medications known as antihistamines could be used to treat Huntington’s disease. Although this is not the case, the research does point to an important connection between dopamine and histamine that could potentially be explored for future HD therapeutics.

There are more than one hundred chemicals considered to be neurotransmitters, but most neuron-to-neuron messaging is accomplished with a small set of these. The subtlety of the messages comes from hundreds of different receptors that receive the neurotransmitter and help the cell decide how to respond. Similarly, a large group of individuals can receive the same news and have completely different reactions to it.

You’ve likely heard of the neurotransmitter dopamine, which is sometimes known as the “reward” chemical. Dopamine indeed plays a role in the feel-good reaction to winning at a slot machine, getting the correct answer, or drinking a beer. But because it can bind to a variety of receptors, it is also involved in the control of movement, perception, and motivation, among many other actions in the brain and body. The behavioral, emotional, and physical symptoms of HD are due in large part to changes in the sending and receiving of dopamine messages in the brain, and to injury or loss of the cells that talk to each other using dopamine.

You may also have heard of histamine, a chemical messenger known best for making us sneeze when the trees are in bloom or swell up in response to a bee sting. You may even take antihistamines regularly to combat your body’s reaction to flowers or pets. But other types of histamine receptors are found all over the nervous system – they regulate the release of other chemicals and help control diverse functions like appetite and thought. We don’t usually associate histamine with Huntington’s disease, but recent research suggests that we could.

The neurotransmitter receptors for chemical messengers like dopamine and histamine are built out of subunits, like a LEGO set. Sometimes our cells mix-and-match the subunits from two different types, to get a hybrid or “heteromeric” receptor that can receive two neurotransmitters. Dopamine-histamine receptor heteromers were discovered several years ago, and scientists recently were able to use a drug aimed at histamine receptors to influence dopamine messaging.

We know that dopamine goes awry in HD in a variety of ways, especially in an area of the brain called the striatum. This area contains lots of dopamine receptors and is particularly vulnerable to the damage that leads to HD symptoms. For example, people with HD gradually lose the cells in the striatum that need dopamine to relay the message, “hey muscles, stop moving!” while other cells also use dopamine to shout, “move, move!” Meanwhile, other neurons are releasing extra bubbles of dopamine, which makes the “move!” message even louder, causing a communication overload. As more cells get stressed out and tired of shouting, the person’s body starts moving too much, and behaviors and thinking patterns change.

One approach to decrease the stress on neurons and treat HD symptoms is to decrease the volume of dopamine messages, by adding a drug that causes fewer bubbles to be released, or covers up dopamine receptors. This is like allowing fewer outgoing phone calls, or putting a speaker on mute. Drugs like tetrabenazine, deutetrabenazine, and haloperidol (which you might know as Xenazine, Ausedo, and Haldol), and many others focus on lowering the dopamine call volume. Such medications can be effective for managing a variety of HD symptoms.

So why, then, do we care about how dopamine interacts with histamine? Well, as you’re likely aware, many medications that work directly on dopamine also come with burdensome side effects like sleepiness, mood changes, or even digestive issues, due to the huge distribution of dopamine receptors. To tackle this problem, some researchers have focused on ways to quiet dopamine in specific places, like the brain, without quieting its message in other areas of the body. One recent approach aimed at gaining that specificity is to target heteromeric receptors.

McCormick and colleagues along with other groups had previously discovered D1R-H3R heteromers and the overlap in dopamine and histamine messaging. In new experiments, they showed that the D1R-H3R heteromers were found all over the brains of young mice, including the striatum. As healthy mice got older, they retained these hybrid receptors, but HD mice started losing the D1R-H3R heteromers around 5 months old. This is early middle age for an HD mouse, right before they start to show early mouse “symptoms,” like difficulty learning new tasks and confusion about new things in their environments.

Next the team wondered whether they could protect brain cells from dopamine messaging overload and treat the sick mice by interfering with histamine. To do so, they used an antihistamine drug called thioperamide that blocks H3 receptors. When thioperamide lands on D1R-H3R heteromers, cells not only receive fewer histamine messages, but they also receive fewer dopamine messages. If you’ve ever made a telephone call to a land line, it’s like getting a busy signal – no one else can get through.

Should I pick up some allergy meds?

The results of this study confirm that it’s possible to quiet dopamine messages by interfering with histamine messages. The main experiments in this paper were performed in HD cells and mice, but the researchers also looked at donated human brains from individuals with and without HD. The researchers found D1R-H3R heteromers in people, too, but those with HD lost them over time, just like the mice. Plus, thioperamide was most helpful when the mice were first becoming sick. This suggests that the best time to aim for the hybrid receptors would be early in the course of HD.

Taking advantage of the overlap between dopamine and histamine messaging is an interesting approach to HD therapeutics that has emerged multiple times in the past decade. However, it definitely does not mean that the antihistamines we take to combat sneezes and watery eyes will protect neurons from HD. Those medications work on different histamine receptors, known as H1 (targeted by over-the-counter drugs like Benadryl) and H2 (targeted by drugs like Pepcid AC), whereas thioperamide blocks the H3 receptor. And that one, two, or three is important, just like if you want to call a specific person, you need the right number.

One of the main reasons to focus research efforts on histamine-dopamine receptor heteromers is to avoid the unwanted effects of directly altering dopamine levels. However, targeting histamine has its own side effects, and thioperamide is no exception. It was one of the first drugs ever discovered to work on histamine receptors, and has actually has been tested in human trials for other diseases, but can cause serious side effects, especially in the liver.

Although a human thioperamide trial for HD is not a likely outcome of this research, this is the first time anyone has demonstrated that receptor heteromers are a potential drug target for HD. Future studies will likely use this new knowledge to increase the specificity of treatments designed to protect brain cells while preventing effects in other parts of the body. The study illuminates one of many creative approaches to HD treatments that modify the way our neurons talk amongst themselves.