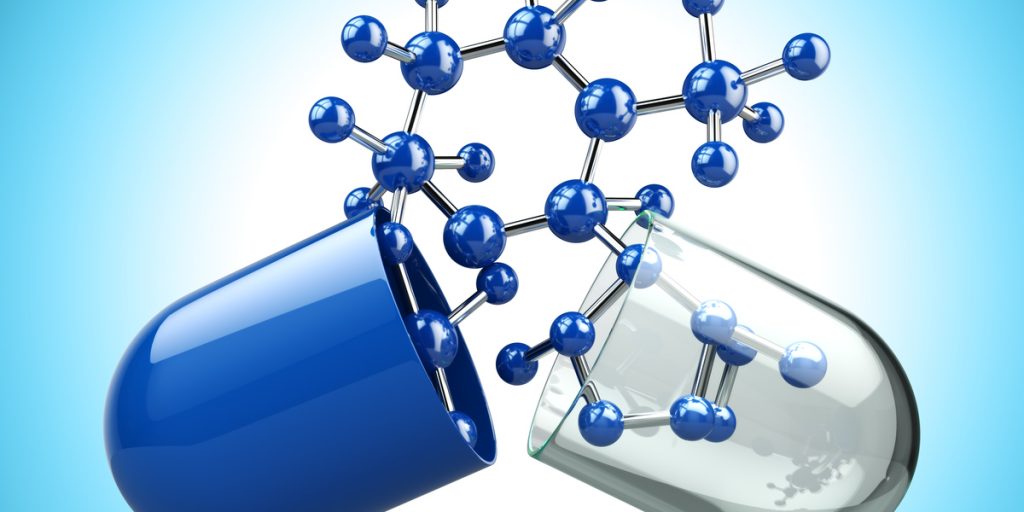 Scientists have found new leads for how to reduce the levels of the Huntington’s disease (HD) protein by targeting a protein called GPR52. A team of researchers working in Shanghai, China developed small drug-like molecules which lower huntingtin protein levels in HD tissue culture models and in HD mouse models. Treatment with their molecules was also shown to improve the HD mouse symptoms.

Huntingtin-lowering therapies are heralded by many researchers and clinicians as a very promising avenue for treatment of HD. People with HD have a longer or expanded CAG number in their HD gene, huntingtin. This means that throughout the body and brain they make a different, longer form of the huntingtin protein. This expanded protein is thought to be responsible for many of the symptoms we observe in people with HD.

The idea of huntingtin-lowering therapies is that if you reduce expanded huntingtin, you might also get rid of its toxic effects. There is evidence in lab HD models that huntingtin-lowering can slow or improve HD symptoms, but we await the results of ongoing clinical trials before we can be sure that the same effect will be observed in patients.

As many HDBuzz readers probably know, there are already lots of different companies and academics working on huntingtin-lowering either in the lab or the clinic. We have profiled many of these companies recently and you can read the latest updates on how their therapies are progressing in this article and this article. Many companies at the front of the field such as Wave, uniQure and Roche are using genetic approaches such as gene therapy or antisense oligonucleotides, which are very large molecules. They must be administered directly into the brain or spinal cord in order to reach the nerve cells in our brains that are most affected by HD. Other companies are working to find “small molecules” which might also lower huntingtin levels. The hope is that small molecule huntingtin-lowering therapies could be taken as a pill, making them more accessible to patients.

What has GPR52 got to do with huntingtin lowering?

GPR52 is part of a family of proteins called G-protein coupled receptors that sit on top of cells and receive messages, similar to a satellite dish. These types of receptors are commonly targeted by FDA-approved drugs. This gives scientists optimism that using new medicines to target members of this receptor family, like GPR52, could be safe and effective.

GPR52 was first identified by scientists as a protein of interest for HD in a genetic screen. A genetic screen can be thought of as a scavenger hunt, where scientists look at different genes one-by-one to see how they might, in this case, change signs of HD. Scientists then used genetic tricks in the lab to delete the GPR52 gene or to lower the levels of GPR52 protein, and this helped to improve signs of HD in cells and flies. A team of researchers in Shanghai, China, recently took this one step further and tried reducing the levels of GPR52 in mice. In this recently published research, they show that reducing GPR52 reduces the levels of huntingtin, indicating that GPR52 would be a good candidate to target with small molecules for huntingtin-lowering therapies.

The scientists describe the development of small molecules which stick on very tightly to GPR52 but not other proteins in our cells. These type of properties of a small molecule suggest that down the road this potential therapy could be very specific and avoid other unwanted effects. The best or lead molecule identified in this study, called Comp-43, was then used in a variety of different experiments to test how well it worked for huntingtin-lowering and reducing signs of HD-related damage and improving behaviour.

They first showed that Comp-43 could reduce huntingtin levels and preserve the health of mouse nerve cells in a dish. Following this exciting result, the scientists went on to test Comp-43 in HD mice. Critically, Comp-43 could cross the blood brain barrier in mouse models and lower huntingtin levels in some brain regions. This suggests that if Comp-43 was developed into a medicine in the future, people with HD might take it as a pill. Mice treated with Comp-43 had improved symptoms when tested on laboratory tasks that measure their movement and coordination, like a log-rolling exercise called the Rotarod or their ability to cross a balance beam. They also showed that mice treated with Comp-43 had more and healthier brain cells.

So, what’s next for GPR52 in HD research?

All of the data available in the literature to date indicates that GPR52 is a very promising drug target for huntingtin-lowering therapies but there are still many hurdles to cross before we are treating patients with GPR52 targeting molecules. Many therapies work well treating HD in cells in a lab dish or in different animal models of HD but don’t necessarily go the distance in safely treating people with HD.

It is not yet apparent what additional effects targeting GPR52 might have, beyond changing huntingtin levels and HD symptoms. GPR52 has important jobs to do in our nervous system and may play a role in dopamine signalling, chemical messages that affect mood, movement, and motivation. Sustained targeting on GPR52 by this type of huntingtin-lowering therapy might have side effects which we just haven’t yet observed in the shorter treatment experiments completed to date.

Nonetheless, small molecule targeting of GPR52 represents an exciting new way to lower huntingtin levels and we expect to see answers to many of these outstanding questions in future studies. The Huntington’s Disease community faced more disappointing news this week as Wave Life Sciences shared that they will discontinue development of two ASOs they had been testing in people with HD. Designed to decrease harmful huntingtin protein while keeping the healthy form intact, these experimental therapies unfortunately did not have the expected huntingtin-lowering effect. Wave ... Read more
READ MORE > Very sad news was announced today as Roche and Ionis declared that the large ASO study they’re running in Huntington’s disease patients has been halted early. Importantly, no specific new safety concerns were raised so far, but nevertheless dosing of the study drug, tominersen, as well as the placebo, has been stopped prematurely. What does ... Read more
READ MORE > Families around the world are being impacted by COVID-19, but hope is on the horizon in the form of revolutionary new vaccines which were developed in record time. How is the coronavirus impacting HD families, and should they be worried about any of the vaccines coming to market? Should HD patients get the vaccine? We’ll ... Read more
READ MORE > Scientists have found new leads for how to reduce the levels of the Huntington’s disease (HD) protein by targeting a protein called GPR52. A team of researchers working in Shanghai, China developed small drug-like molecules which lower huntingtin protein levels in HD tissue culture models and in HD mouse models. Treatment with their molecules was ... Read more
READ MORE >