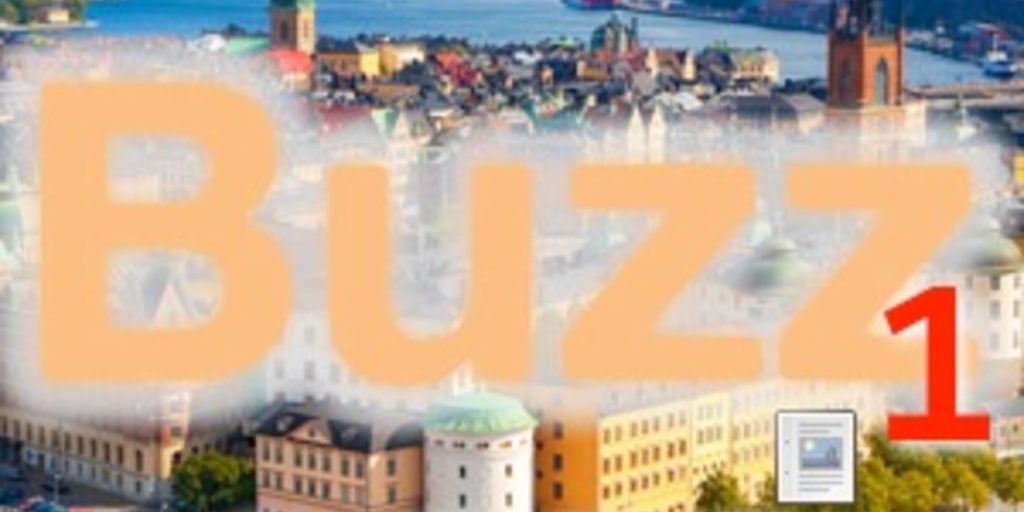 Our first daily report from the European Huntington’s Disease Network Meeting in Stockholm. Follow us live for the second day on Twitter or Facebook at HDBuzzFeed. Video of the day’s live Euro Buzz session – with news, interviews and features – will be available to watch on HDBuzz.net soon.

8:48 – Jeff: Beautiful thoughts to start the meeting from David Lega – athlete, businessman and disability activist. He says “I will always be disabled, but not only disabled.”

9:45 – Jeff: Cristina Sampaio, Chief Clinical Officer at CHDI Foundation Inc., asks the question – what kind of trails should we run? She advocates for smaller, more flexible trials in hopes of testing drugs more quickly. Her organization is doing a lot of preparatory work to prepare the ground for these new trials.

9:50 – Ed: Cristina Sampaio, former European Medicine Agency head, encourages realistic thinking about how HD treatments may emerge. Many exciting drugs and approaches are in or near trials right now. Future Huntington’s disease drugs may be preventative, disease-modifying or symptomatic – or a combination. Future Huntington’s disease clinical trials need to be smarter designed, smaller and more accurate.

10:25 – Ed: Alexandra Durr (Paris) says the earlier we can treat HD, the better. That means we need to detect the earliest changes. Huntington’s disease gene carriers can cope with a surprising amount of brain shrinkage without getting symptoms.

10:32 – Jeff: The group of Alexandra Durr has been studying people carrying the HD mutation and found that they learn differently – even before they have HD. In the lab, they responded worse to punishment and better to reward type learning. One more reason to be nice!

11:23 – Ed: Hugo Aguilaniu (Lyon, France) asks what genes that control aging might tell us about Huntington’s disease. Worms with certain genetic mutations live much longer than normal. Could this shed light on increasing the health of cells in HD?

11:55 – Ed: Włodz Krzyzosiak – the RNA ‘message’ molecule of some genetic diseases is sometimes harmful- not only proteins. Studying RNA message molecules, as well as DNA & proteins, could help understand and treat diseases like Huntington’s.

12:19 – Jeff: Ray Truant, of McMaster University, wants to understand what the gene that causes HD normally does. Surprisingly, this is still a bit of a mystery.

12:20 – Ed: Ray Truant (Canada) – Huntingtin protein causes HD, but what does it do? The normal huntingtin protein does lots of different things in our cells. It’s one of the biggest proteins we have. Huntingtin protein has lots of parts that are like a ‘slinky’ or spring. Could compression or stretching of huntingtin be important? Huntingtin also moves around from one part of the cell to another. Chemical ‘tags’ or ‘labels’ control its movement. The mutant protein ends up with too many ‘phospho’ tags. That may cause it to build up in the nucleus of our cells. One of the things the huntingtin protein is involved in is responding to physical and chemical stress. Fascinating stuff.

12:36 – Ed: We really need to understand the normal and mutant huntingtin protein if we’re going to beat HD. Truant’s work is really important

12:39 – Ed: Truant tells us huntingtin protein bends back on itself to form a hairpin. The expanded ‘CAG’ that causes Huntington’s disease alters this. Drug molecules can change how many phospho tags are added to the huntingtin protein, altering its folding & movement in cells. Truant calls his idea ‘rusty hinge’ hypothesis – HD mutation reduces flexibility, prevents huntingtin from helping cell respond to stress. Truant asks an interesting question: is huntingtin protein involved in other neurodegenerative diseases like Alzheimer’s, Parkinson’s & ALS?

14:17 – Ed: Oliver Quarrell (Sheffield, UK) gives update on the Juvenile Huntington’s disease Working Group – about one in 20 HD patients gets symptoms before age of 20 – this is juvenile HD and it hasn’t been studied closely enough

14:27 – Ed: Katia Youssov giving an update on the ‘advanced stage Huntington’s Disease’ working group of EHDN. The main focus of the Advanced HD group is promoting better care. A guidance booklet is being worked on. Like juvenile HD, patients with advanced symptoms are failed by existing ways of measuring the disease symptoms, making trials hard. The EHDN Advanced HD group has developed a new rating scale, the UHDRS-FAP, for supporting clinical trials in later disease

14:39 – Ed: Simon Brooks (Cardiff, UK) studies the effect of exercise programs in HD mice, mimicking physiotherapy in humans. An HD mice can run 5km in a night! Some types of exercise in mice more beneficial than others. When mice run lots on a wheel, they get quicker and more active. The most striking effects of exercise in HD mice are on thinking speed. Mice that exercise also have less brain shrinkage.

15:14 – Ed: Mike Orth (Ulm, Germany) studies brain activity in people with the Huntington’s disease mutation . HD mutation carrier brains show different amounts of activity at rest, and interestingly increased connections between areas. Mike Orth is one of the scientists we’ll be interviewing later on – videos will be available soon after.

15:20 – Jeff: Michael Orth, a neurologist at the University of Ulm, studies changes in the “default mode network” of the brain. These are the parts of the brain that are active when we’re “idling” or “daydreaming” and not thinking about something specific. When we focus on something specific, these brain regions usually calm down. In the brains of HD mutation carriers, this quieting is incomplete, for reasons that are not yet clear. Scientists like Michael Orth use a technique called “functional magnetic resonance imaging”, or fMRI, to study which parts of the brain are active at a given time.

15:27 – Ed: Nellie Georgiou-Karistianis (Australia) is talking about brain activity too. Dr G-K uses thinking tests in a functional MRI scanner to challenge and probe brain function in Huntington’s disease mutation carriers. She is using fMRI repeatedly over time, we can see what changes in HD and what we can measure, and aim to save with treatments.

15:35 – Ed: Ellen ’t Hart (Leiden, Netherlands) has been studying patients with different patterns of motor symptoms in HD. Some HD ppl have lots of chorea (extra movements); others have more stiffness. Do thinking changes follow movement problems?. She used EHDN registry study data to identify ‘fidgety’ and ‘stiff’ patients and looked at thinking abilities in the two groups. ‘Fidgety’ patients tended to have better thinking and functional abilities than patients for whom stiffness was main problem.

17:09 – Jeff: Patrik Brundin, of the Van Andel Institute, is providing the meeting with a review of efforts to use ‘stem cells’ to repair damage in the brain of HD animal models and patients.