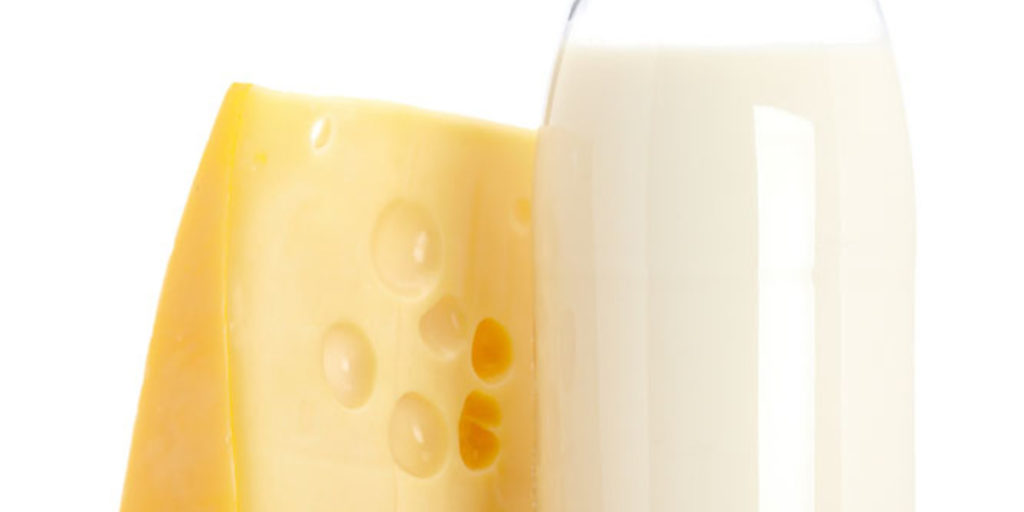 A study looking for links between diet and symptom onset in Huntington’s disease has unexpectedly found that people who developed symptoms earlier tended to consumed more dairy products. We look at the study in detail – and why we’re not hanging up the cheese-knife just yet.

You are what eat

‘Unhealthy’ diets, such as those high in saturated fats and red meat, can have a major impact on health by increasing the risk of developing medical problems such as heart disease and cancer.

On the other hand, diets high in unsaturated fats, fish, fruits and vegetables can have positive effects on health. One example of a ‘healthy’ diet is known as the ‘Mediterranean diet’. People eating this type of diet are less likely to develop Parkinson’s disease and Alzheimer’s disease early in life.

We know that Huntington’s disease causes changes in energy consumption by cells, and can cause people to lose weight, but we don’t have any useful information about foods those at risk of HD should avoid or favour.

A recent publication from the PHAROS study in the journal JAMA Neurology examined the link between diet and symptom onset in Huntington’s disease.

PHAROS – the Prospective Huntington’s At-Risk Observational Study – involved 43 medical centres across America and included 1001 people. Those enrolled in the study had a parent, brother or sister with Huntington’s disease, but had not had an HD genetic test themselves until taking part in the study. PHAROS tested all its participants, but the test results were not revealed to them or the study personnel – the results were kept secret and used only for research purposes. The participants had given their permission for this ‘blinded’ testing.

The PHAROS researchers were interested to find out whether eating a Mediterranean diet might delay the time at which someone with the HD mutation developed Huntington’s disease.

Those in the study were asked to fill out a food questionnaire. This involved answering questions on the amount of ‘Mediterranean food’ they’d eaten over the preceding months.

The researchers used these questionnaires to calculate how close each participant’s diet was to the Mediterranean diet. People who ate lots of fish, vegetables, nuts, and cereals scored high, while those who ate ‘non-Mediterranean food’ like milk, chicken, beef and saturated fats got lower scores.

The proof of the pudding

The PHAROS researchers found no evidence that eating a Mediterranean diet delayed the onset of Huntington’s disease in those carrying the HD gene.

However, the researchers decided to delve deeper into the data, examining individual food types separately to see if low intake of fish, fruit, cereals, or vegetables or high intake dairy and meat caused gene carriers to get the disease earlier.

By doing this, they found that those eating a high amount of dairy foods such as milk, yogurts and cheese were more likely to develop Huntington’s disease during the study.

The researchers suggest a possible way that dairy foods could contribute to symptom onset. Drinking milk or eating dairy products can lower a chemical in the blood called uric acid. Previous studies have shown a possible link between lower uric acid levels in the blood and faster Huntington’s disease progression. But urate levels weren’t measured as part of PHAROS.

The chicken and the egg

It’s tempting to suggest that this research proves that consuming dairy products increases the risk of developing Huntington’s disease symptoms in people with the mutation. If proven, that would be useful information we could use to inform dietary choices. Unfortunately, it’s not quite that simple, because there are other possible explanations for the link.

The first possibility is that people who were close to developing HD might be more likely to consume dairy products. That might seem odd, but we know that the HD mutation causes cells to need more energy, even before symptoms like abnormal movements develop. The increased energy demand could cause increased hunger, leading to a higher intake of certain foods including dairy. These alterations would likely be bigger in people close to symptom onset.

Another possibility is that subtle thinking differences might alter the way people filled in the diet questionnaires. Remember that participants were asked to recall what they’d eaten over the past few months. We know that thinking changes can begin early on in Huntington’s disease, and it’s possible that these differences might cause people who are close to symptom onset, to answer the questionnaires differently, even if their actual diets aren’t so different.

Finally, there’s a statistical quirk that can throw up unusual results. Scientists call it the problem of ‘multiple comparisons’. If you toss a coin ten times and get ten heads, that’s pretty remarkable. But if you toss a coin a million times, you’d likely get ten heads in a row several times through sheer chance. A result that would be remarkable in a small ‘study’ becomes less interesting if it comes from a study where lots of tests are done.

Looking for links between symptom onset and lots of different food combinations is a bit like tossing a coin lots of times – it risks something apparently significant popping up through sheer chance. Once an interesting result does pop up, it’s only natural to report it, but it’s also important to remember that ‘false positives’ can occur when one data set is used to answer lots of questions.

The association between dairy intake and disease onset is interesting but, for now, we have to take these results with a pinch of salt. (And no, we’re not suggesting that people at risk of HD should eat more salt!)

Questions about lifestyle and diet are notoriously difficult to answer, because it’s almost impossible to figure out what causes what. Answers tend to come after huge studies have followed people for many years, accurately recording diet and lifestyle for decades. But results like this one are a very good way of flagging up what items to watch for in those longer studies.

For now, the bottom line is that if you like milk, yogurt and cheese, there’s no hard evidence to say you shouldn’t keep eating them in healthy amounts.