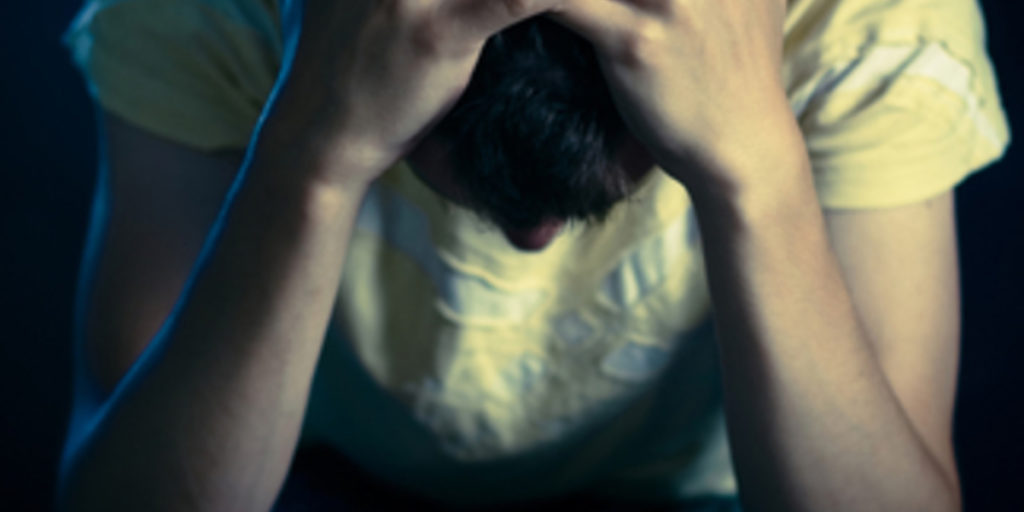 Many Huntington’s disease patients suffer from depression. New mouse work from Asa Petersen’s group in Lund, Sweden, suggests that part of the brain called the “hypothalamus” might play a role in this symptom of HD.

Having Huntington’s disease is an extremely difficult situation, so it might not surprise you to hear that depression is common amongst HD patients. Though it’s hard to know for sure, it seems as if this depression is not just caused by the circumstances of an HD patients life, but might be part of the brain problems that happen in the disease.

Depression in people carrying the Huntington’s disease mutation occurs at a higher rate, even before they develop symptoms of HD. This suggests to scientists that depression might reflect very early changes in the brains of people carrying the HD mutation, and so they’re very interested to understand what causes it.

Scientists believe that even mice that have been genetically engineered to have a mutated human HD gene are depressed!

How do you ask mice if they’re sad?

Scientists often talk about animal ‘models’ of Huntington’s disease. This can be quite confusing – in what sense can a mouse or a fly or a worm be a model for a disease that only happens in people?

In one important sense, they can’t. No animals that we know of, besides humans, get HD naturally. So, if scientists want to study HD in animals, they have to muck around with their DNA.

The most common way to do this is to capture all or part of a copy of the human HD gene in the lab, so it can be replicated and modified. In the lab, DNA can be edited at will, changing specific sequences, or adding new ones.

Using these lab tricks, scientists can take a normal HD gene and make it look like the version that causes HD – with a repetitive stretch of the sequence ‘C-A-G’ near one end.

Then, using more lab tricks, scientists can re-introduce their home-grown version of the Huntington’s disease gene into mouse cells and grow new mice that have it in every cell of their body. This mouse is then considered a genetic “model” of HD, because all of its cells are exposed to the mutant HD protein.

It’s important to note that these mice don’t really have Huntington’s disease. for example, no HD mouse model shows signs of “chorea”, the dance-like movements that are a common feature of the human disease.

But these mice are a very useful tool for studying changes in the brain that happen in HD. These things are very difficult to study in people, who like to hang on to their brain tissue! A very large number of changes have been discovered in HD model mice and then subsequently observed in human HD patients, suggesting the mice are useful research tools, even if they don’t really have Huntington’s disease.

So back to the question at hand – how could we possibly study depression in mice? What we’d like to understand is whether HD model mice have symptoms that resemble human depression.

Of course, we can’t ask a mouse how it’s feeling, but we can do some simple lab behavior tests. One classic test is to see how apathetic the mice are, as many depressed humans are apathetic. This sounds tricky, but scientists have come up with a simple test of apathy in mice. Essentially, you drop them in a bucket of water.

Mice generally don’t like water and so will struggle to escape. Mice that are ‘depressed’ seem to give up a bit sooner in their effort to escape. (In case you’re worried, mice don’t sink and the test only lasts for 5 minutes!)

Another behavior that scientists have observed in Huntington’s disease model mice is that they aren’t as motivated as normal mice to drink sweet water. Like people, mice get pleasure from drinking sweetened beverages. The idea here is that the mouse avoiding pleasurable sensations is similar to depressed humans no longer taking pleasure from things they used to enjoy.

These behaviors, and others, suggest to scientists that Huntington’s disease mice have symptoms that are consistent with depression. Other tests suggest they are also anxious.

What brain bits are involved in depression?

Given these behaviors, scientists can try to study what specific parts of the brain go wrong in HD, ultimately leading to the symptoms of depression. In both humans and animals, multiple brain regions have been proposed to contribute to depression, and understanding which of these regions is dysfunctional might let us treat it better.

Specifically, two brain regions called the hippocampus and the hypothalamus have been proposed to specifically contribute to depression. Knowing which of these two bits are malfunctioning helps scientists think about how to design better therapies for HD patients.

First, they studied the hippocampus, in hopes of seeing some of the problems that have been associated with depression in that brain region. The funny name of the hippocampus comes from the fact that it is shaped just like a seahorse – it means ‘horse-sea-monster’ in Greek.

Petersen’s group didn’t observe any of the changes that other researchers have described in the hippocampus of depressed people in BAC-HD mice, suggesting that this kind of dysfunction probably isn’t happening.

This left the hypothalamus to investigate, which the team did using a genetic trick. The creator of the BAC-HD mice, William Yang at UCLA, cleverly modified the mutant HD gene he put in them, so that it could be turned off in specific brain regions.

Petersen’s group did this, specifically targeting the hypothalamus. They used a virus to deliver the instructions telling the brain cells “turn off the mutant HD gene that William put in there!”.

Of course, this only works in mice that are modified in the lab in this way – the normal HD gene in humans doesn’t have the right sequence to be eliminated in a similar way.

But in BAC-HD mice, when the mutant Huntington’s disease gene was turned off in the hypothalamus, the mice showed less signs of depression on one behavioral test. Symptoms that scientists associate with anxiety were unchanged, however.

What does this do for us?

This is a useful study for brain scientists because it suggests what specific areas of the brain might contribute to depression in HD. Follow-up studies in the mice could uncover more details about how a dysfunctional hypothalamus leads to depression.

This understanding is really important – depression is a very important symptom of HD, leading to great suffering.

But the approach used to reduce “depression” in the mice is not useful for human HD patients, because it relies on genetic tricks that only work in the BAC-HD mice. So, this study suggests where there are problems in the brains of HD patients, but not how to fix them.

This research does mean that ‘whole-brain’ approaches may be best for treating Huntington’s disease. Targeted treatments that miss the hypothalamus might not be enough to control depression caused by HD. That’s a useful lesson for researchers working on treatments like gene silencing, which may need to be injected into specific brain areas.

Appropriately for a news source called HDBuzz, we have a bee in our bonnet about press releases. Too often, we see good science over-hyped in press releases written by university public relations offices, containing quotes from scientists that are often taken out of context. News stories based on these press releases end up extending the hype, potentially misleading and disappointing HD family members.

The press release from Lund University accompanying this article was titled “Breakthrough On Huntington’s Disease”, and contained a quote from Dr Petersen stating “We are the first to show that it is possible to prevent the depression symptoms of Huntington’s disease by deactivating the diseased protein in nerve cell populations in the hypothalamus in the brain”.

It’s important to remember that we’re talking here about very simple mouse behavior tasks – not the “depression symptoms of Huntington’s Disease”, which is not clear to people who only see the press release. And, while the genetically-modified mice were made somewhat better by deactivating the HD gene in their hypothalamus, this approach isn’t useable in human HD patients because their HD genes don’t contain the sequences needed to turn them off with virus used by Petersen and colleagues.

These distinctions might be clear to scientists who read about this research in the news, but not so clear to family members. HD family members reading such a press release are likely to only see that this team has “prevent[ed] depression symptoms in HD”, which sets them up for disappointment.

We’ll keep bugging researchers to improve the quality of press releases, so the news that reaches HD family members has more hope than hype. In the meantime, keep your eye on HDBuzz for the story behind the headlines.