2011 – a year in Huntington's disease research 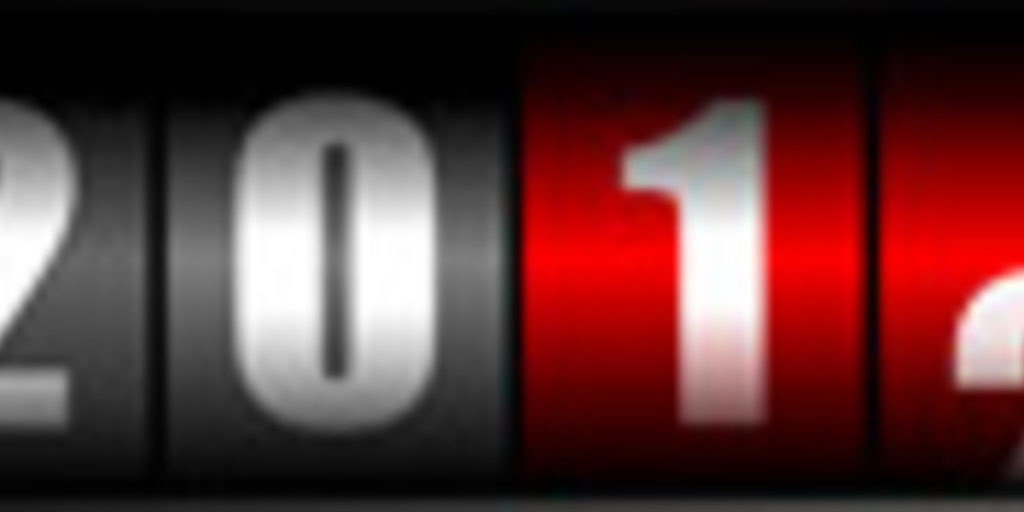 2011 was a year of big events, and the world of Huntington’s disease was no exception. From the launch of HDBuzz and the growth of the global HD community to intriguing progress in basic science and a certainty that effective treatments are closer than ever. Our 2011 review looks back – and forward.

When we pressed the button on January 17th 2011 to launch HDBuzz, we had our doubts as to whether anyone would be interested. But the feedback that started to arrive from readers almost straight away convinced us that, if anything, we’d underestimated the hunger for reliable, understandable news about Huntington’s disease research. Reading your messages and meeting readers in person remains a source of inspiration and drives us to continue.

HDBuzz has continued to thrive. In 2011 our consortium of funders grew from three to twelve HD family associations. HDBuzz has established itself as the leading supplier of HD research news, supplying syndicated news to nineteen major HD websites. In September, HDBuzz’s innovative approach to scientific communication, was the subject of an editorial in the prominent scientific journal Trends in Molecular Medicine.

And, thanks to a global team of 55 volunteer translator (thanks guys – you rock!), our articles are now available in ten languages – with more on the way. (To change language, click the globe symbol at the top-right of any page at HDBuzz.net.)

If you’re reading this, you’re in good company. HDBuzz now receives around 60-70,000 visits per month and has over 2,200 followers by email, Twitter and Facebook.

What about the future? Well, we’re pleased to announce that the success of HDBuzz in 2011 has convinced us to continue with the project indefinitely. Our three core funding partners – the HD Society of America, Huntington Society of Canada and HD Association England & Wales – have all committed to ongoing funding through 2012 and beyond. And stay tuned for exciting news about additional support in early 2012.

One of our main aims with HDBuzz is to increase awareness of the how new drugs are developed and approved. We think that being aware of the large number of experimental treatments in ‘the pipeline’ – from very early development right through to human clinical trials – is one way to counter the frustration often felt by HD-affected people at the lack of effective treatments, or the disappointment if a particular drug should fail.

CHDI’s annual Therapeutics Conference in February was a great opportunity to highlight this. HDBuzz brought you daily updates and interviews from the conference. We were impressed by the diversity of therapies at all stages of development and particularly the work of medicinal chemists – the people who ‘design’ drugs to safely hit a particular target. The conference also reminded us that some of the world’s smartest scientists are working tirelessly together to fight HD.

A year in clinical trials

It was a mixed year in HD clinical trial news. Large trials of two drugs – minocycline and dimebon – that were being tested as possible disease-slowing treatments – were negative, and development of both drugs has stopped.

Needless to say, we’d have preferred to report positive results from these trials, but they allow us to reiterate one of our favorite messages: science is cumulative – it always moves forwards. These negative trial outcomes will help us to focus efforts on developing better drugs, and in the meantime they’ve helped the community to develop the infrastructure for running trials effectively.

2011 was turbulent for NeuroSearch and the development of its drug aimed at movement symptoms in Huntington’s disease – Huntexil (also known as ACR16 and pridopidine). The results from two clinical trials – MermaiHD in Europe and HART in the USA – showed only a borderline benefit for voluntary movement control. In summer the company was told by the European and American drug agencies that it’d need to perform a further large (‘phase 3’) clinical trial before they’d consider approving the drug. NeuroSearch underwent a restructuring in autumn, to focus its efforts on Huntexil’s development – and now we await news of the planned trial.

In February we interviewed the Global Head of Neuroscience at Novartis and were impressed at the work of the company’s Huntington’s disease research team. November brought the disappointing news that Novartis had decided to close its European neuroscience research center in Switzerland. Again, not what we’d have wanted to hear, but we do take consolation from the fact that Novartis' HD research team in Massachusetts is to remain active, and Novartis' involvement in the field has undeniably brought valuable progress that will help us all in the quest for treatments.

The drugs are coming

Huntington’s disease family members often say they’ve been told that possible treatments are ‘about five years away’ – for the past twenty years. The pace of scientific progress can be frustratingly slow, but the HD World Congress in Melbourne in September (brought to you by our Oz Buzz feature!) served as a reminder of the many treatments that are already being tested, or will be ready to enter trials in the next year or two.

Ask a hundred HD researchers what they think is the top approach for treating HD and it’s likely most of them would say gene silencing. Gene silencing is to Huntington’s disease, what turning off the faucet is to an overflowing bath. Gene silencing drugs intercept the message molecule that tells cells to make the harmful mutant huntingtin protein. The hope is that ‘silencing’ the gene in this way will prevent damage and allow cells to recover.

2011 was a big year for gene silencing: several research teams have now seen treatment success in HD rodent models – not just slowing decline but actually getting better. In October we reported that an attempt to switch off just the mutant gene, while leaving the healthy copy untouched, had worked in mice. Now, no fewer than three groups have reported successful safety trials in primates, a crucial last step before human trials can begin. The race is on to get those trials happening. With a bit of luck, at least one will begin before we’re welcoming in 2013.

Beyond gene silencing, a variety of drugs are either in or near trials. The EU’s Paddington project is looking at a sirtuin-1 inhibitor drug in centers across Europe (an HDBuzz article on sirtuins is coming soon…). Pfizer and others are working on inhibitors of phosphodiesterase enzymes, which could boost the functioning of synapses, the connections between neurons. Prana Biotech recently announced a phase 2 trial of its copper-interacting drug PBT2 in Australia and the USA. And several other HD trials are being planned.

These developments towards therapies are happening against a backdrop of a global HD community that’s bigger and more organized than ever. Thanks to crucial trials like PREDICT-HD and TRACK-HD, we now have a pretty good idea of the best ways to test the drugs effectively, too.

What if those drugs don’t work, or aren’t enough to treat everyone effectively? Well, there are dozens of other potential treatments at earlier stages of the pipeline, that are being pushed forward by teams across the globe. In 2011 we reported on successful mouse trials of several new approaches – KMO inhibition, protein folding, melatonin, dantrolene and HDAC inhibition, to name a few.

And there’s no shortage of cool research happening at the ‘basic science’ end of the pipeline. Some of our favorite stories this year included new insights into the shape and function of the mutant and healthy huntingtin proteins; intriguing evidence that mutant huntingtin can affect the function of wiggly microscopic hairs called cilia; and increasing evidence that HD is a whole-body disease that affects hormones and digestion as well as the brain.

In these deep midwinter days, we like to think of these new scientific discoveries as snowflakes landing on top of a glacier. A single snowflake may not amount to much on its own, but combined and shaped over the years, their force can move mountains.

We don’t know what 2012 will bring, and we’re acutely aware that for every single person affected by Huntington’s disease, or at risk, the clock never stops ticking. Thankfully, science never stops either, and though we can’t tell you exactly when effective treatments for HD will be available, we’re convinced that HD can be treated, and the moment we’re all waiting for gets closer every day.

Since it’s the time for new year’s resolutions, here’s ours: we promise to continue working hard to keep you up-to-date with the latest HD research news throughout 2012.

We’d like to thank you, our readers, for making HDBuzz such a success in its first year. Your enthusiasm continues to inspire us, and we look forward to offering more ‘substantive hope’ in a 2012 filled with exciting news and cool science.